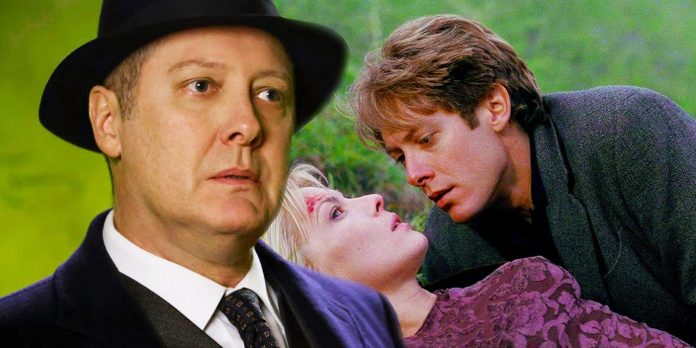 James Spader is a prolific actor on television and in movies, who became famous in the mid—80s. Ranking his films from the worst to the best reveals outstanding niche projects that he has been working on for decades. Spader’s first role was in a bawdy 1978 comedy called “Team Mates,” but he didn’t become famous until he starred alongside Molly Ringwald in the 1986 teen comedy “Pretty Woman in Pink.” With increasing popularity, Spader continued to act under the guidance of such famous directors as David Cronenberg and Steven Soderbergh, and even got the role of the main villain in The Avengers: Age of Ultron”.

Born in Boston, Massachusetts, actor James Spader dropped out of school at the age of seventeen and moved to New York to fulfill the American dream of becoming a successful actor. Earning money by working as a meat truck driver, instructing yoga, or being a steady hand to study acting, he eventually landed several major movie roles that catapulted him to fame. He is best known for his ambiguously risky films of the 1980s and 90s and notable television roles, such as the witty Alan Shore from the legal comedy Boston Lawyers, where he stars alongside William Shatner from Star Trek.

Currently, James Spader is returning in the tenth season of the popular NBC crime series “The Blacklist”. Proving a talent for playing a gleefully sinister character, he successfully portrays the titled fugitive Raymond Reddington, who craves the attention and help of profiler Elizabeth Keen. He continues to keep his name in the relevant field, despite the fact that he has been stuck on television for the last major roles. However, given the history of Criterion and the achievements recognized by Cannes, it would be prudent to review James Spader’s filmography from the worst to the best.

“Mannequin” is a 1987 novel by Michael Gottlieb about a mannequin who comes to life and falls in love with an unsuccessful employee of the department store in which she is depicted. From an incredibly confusing origin story rooted in Egyptian mythology to a boring romantic plot, “Mannequin” leaves much to be desired in terms of originality and sincere fun. James Spader plays a scheming store manager who works tirelessly to dampen his employee’s zeal for life, which seems overly stressful, despite the fact that Spader’s job remains enjoyable.

The 2009 fantasy comedy “Shorts”, directed by “Spy Kids” Robert Rodriguez, tells the story of eleven-year-old Tow Johnson, who accidentally falls on a rock that fulfills all his desires. The city descends into chaos as desires become reality, although despite its promising premise, the film lacks any real foothold or non-standard characters, as in Rodriguez’s cult film “The Adventures of Sharkboy and Lava”. Spader plays a manic monopolist, Mr. Carbon Black, with his usual level of experienced villainy, which causes some fun in the usual recurring product.

The crime drama “Keys to Tulsa” revolves around drug dealer Ronnie (Spader), whose character Eric Stolz finds himself in debt, creating even more problems when he sleeps with his wife Ronnie (played by Deborah Kara Unger, who later starred with Spader in a lewd film directed by David Cronenberg). Crash movie) behind his back. Spader enlivens the film with his convincing ex-con demeanor and bounces off Stolz’s solemn black sheep. This film faces the disadvantages of many adaptations of the book to the film, which are that they have overly explanatory scenes that cannot move a coherent plot forward.

“I am a Witness” is a crime drama starring Jeff Daniels and James Spader, who are trying to sort out a potentially deadly labor dispute. The mystery sounds pleasantly dramatic in theory, but in the film directed by Roadie Herrington, it looks more like a sluggish comedy. Playing a sardonic government agent, Spader gets the opportunity to enjoy what he is best known for both on television and in movies, namely his talent for dry sarcasm. Portia de Rossi and Daniels from “Arrested Development” shine in their more serious roles, but the talent of these experienced actors is not enough to turn this thriller into something pompous.

The 2004 psychological thriller “Shadow of Fear” with James Spader and Matthew Davis from the Vampire Diary tells a tense story about manslaughter, blackmail and an all-encompassing secret society. This film goes down an overly complicated route as it tries to expose the hypocrisy of middle-class society in a race to stun audiences enough to leave its mark. Spader plays the man David goes to when he accidentally runs into a stranger, and he is the catalyst for a storm of legal problems in the narrative that actually reveal original concepts and ideas, illuminated only by a few thrillers.