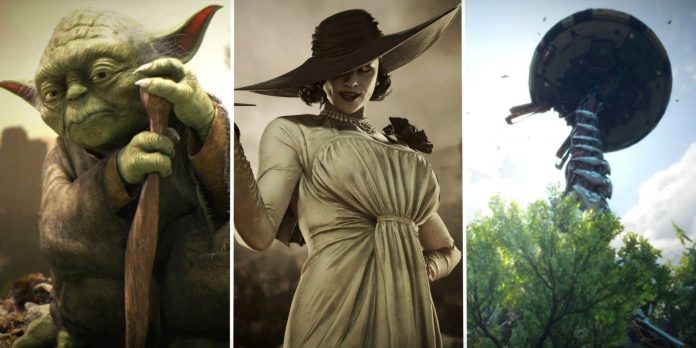 Throughout 2022, Sony gradually lifted the veil over its plans for the PlayStation VR 2. At most of the publisher’s public events this year, it subsequently became commonplace to share details about the platform. The September presentation of State of Play was no exception. Between the trailers of God of War Ragnarok and Tekken 8, it was confirmed that several games can be played through a second-generation headset.

Sony may not have confirmed the crucial PlayStation VR 2 price and release date yet, but players already have a decent picture of what they will be able to play on it because of this. As more and more studios finally get development kits, things will only get clearer. Since more details are likely to be announced in the coming months, now is the right time to take a look at the games that have already been confirmed.

Players with access to the original PlayStation VR headset may have already heard of Alvo due to the fact that it was originally launched on the platform in early 2021. However, since then, indie studio Mardonpol has confirmed that it plans to port its dynamic shooter. Also on PS VR 2. Thanks to several competitive modes, maps and a zombie mode inspired by Call of Duty, it’s easy to imagine that it will find even more fans in the future.

VR is among us

By storm over the past few years, it has been confirmed that the “Among Us” version is heading to Sony’s PlayStation VR 2. An original social initiation game, in the realms of virtual reality. Based on the footage that has been shown so far, it’s already easy to imagine that the new perspective of first-person adaptation will be well received by fans.

Developed by Resolution Games, Demeo was confirmed for release in 2023 on PlayStation VR 2 during Sony’s September State of Play presentation. Styled as a collaborative adventure game inspired by Dungeons and Dragons, players were promised that they would be able to recreate all the magic of a tabletop experience in virtual reality. The studio also confirmed the support of tactile feedback, which makes each part unique, which should contribute to even greater immersion.

Based on the positive reviews that First Contact Entertainment received for Firewall: Zero Hour, it is not surprising that the studio has already confirmed its plans to continue the series on PS VR 2. The sequel to the first-person shooter, which was dubbed Firewall Ultra, will again offer players to fulfill contracts and missions as part of a cooperative game. The eclectic arsenal of weapons, of course, was again confirmed. However, thanks to the platform’s haptic feedback and eye tracking technology, each of them should feel better than ever.

Despite the fact that it was announced back in 2018, there are several recent signs that the Cyan Worlds Firmament is almost ready for the public. Now that the studio behind the iconic Myst series has moved its next project to the PS5, there seems to be a positive upswing in terms of development. In addition to the traditional release on Sony’s newest console and PC, it has also been confirmed that the narrative adventure game will be launched on PS VR 2 at a later date.

When the first-generation PS VR headset was released in 2016, PlayStation was not the only Sony division that took part in the promotion. Several applications and features have been compiled and released by companies such as Sony Pictures. Considering that PS VR 2 is supposed to be a significant technological leap forward, it is not surprising that a similar model has already begun to manifest itself this time.

During the franchise’s annual celebration earlier this year, Sony Pictures confirmed that its virtual reality developers are creating a Ghostbusters VR game for PS VR 2. Unlike some of her previous efforts, it looks like the game will also be a significant experience. In San Francisco, four players will be able to team up in an extensive campaign that has been advertised.

Horizon The Call of the mountain

Given the positive response that the Horizon series of games from Guerrilla Games has generated since its debut in 2017, it’s not surprising that Sony has even bigger plans for the future. Earlier this year, it was confirmed that at the initiative of the publisher, the series will be released on PlayStation VR 2 through Horizon Call of the Mountain. Developed by Firesprite in collaboration with Guerrilla, it’s fair to say that the side game seems to be one of the most tempting platforms.

Is Jaws 3D Canon? (Everything is complicated)