Home Entertainment Every fantasy role-playing game being developed under the guidance of former Witcher... 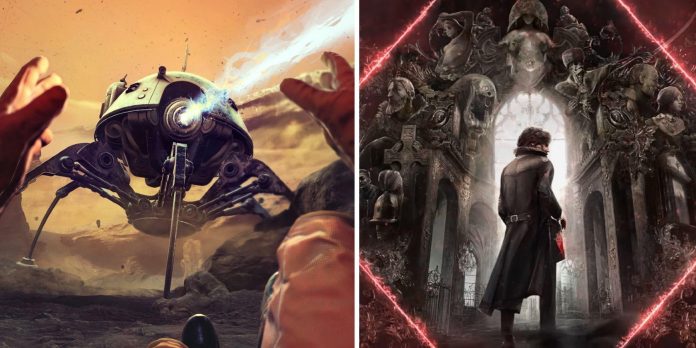 The Witcher 3: Wild Hunt is arguably one of the best fantasy role—playing games in modern gaming history — the result of the ingenuity, hard work and dedication of the development team. However, some of the Witcher developers have continued to work on other projects, and they are worth checking out, especially given the track record of former developers.

It is interesting to note that most of the upcoming games of the former developers of The Witcher 3 are fantasy games. However, it’s a mixed bag: some games are kept secret, while others are already showing trailers. Also, since The Witcher 4 is likely to be released in a few years, fans of the franchise can turn to these games for their fantasy fix.

Upcoming fantasy games from the former developers of The Witcher

An unnamed game in the genre of dark fantasy. The former director of The Witcher 3 game Konrad Tomashkevich is the CEO of the recently opened Rebel Wolves game studio. Along with him are other experienced game developers who also worked on the Witcher trilogy, such as Jakub Shamalek, Tamara Zavada and Bartlomey Havel. The company’s first project is an as yet unnamed open—world fantasy, which Tomashkevich describes as the “Holy Grail” of role-playing games. Not much is known about the game, but given the team behind it, it could prove to be a great entry into the fantasy genre.

An unnamed “fantasy epic” — Techland, the studio behind the Dying Light series, recently unveiled its latest project: an open-world RPG in a fantasy setting. Among those working on this new IP are former Witcher developers, Karolina Stahira, Arkadiusz Borovik and Bartosz Ohman. Thus, despite the fact that the upcoming game represents a huge departure from parkour and zombies, the team is well prepared to tell an exciting fantasy epic. The developer of Dying Light has not yet published more information about the new IP.

Gord — Gord is an adventure strategy game set in a fantasy world inspired by Slavic folklore. Its director Stan Just is a former producer of The Witcher 3. He is also the current CEO of the Covenant game studio. According to Just, Gord was conceived as a strategy game in the genre of dark fantasy with an exciting world. He draws inspiration from The Witcher 3, but contributes to the characters and game mechanics. The company has not yet announced an official release date, but interested players can follow the game on Steam.

Invincible – Invincible was originally a science fiction novel published by Polish writer Stanislaw Lem. Now the game studio Starward Industries borrows the setting from the book and uses it in the upcoming game of the same name. The team consists of former developers of The Witcher, such as Marek Markuszewski, Daniel Betke and Mariusz Antkiewicz, who are experienced directors and designers in the gaming industry. Judging by the game’s Steam page, The Invincible focuses on player exploration and selection, immersing the player on a creepy planet straight out of a sci-fi fantasy novel. The planned release date is sometime in 2023.

“Codename Vitriol” — this still unnamed game was announced just this month under the name Codename Vitriol. The project is headed by the former developer of The Witcher, Jakub Rokosh, who is now the CEO of the Fool’s Theory game studio. Codename Vitriol is described as a “dark esoteric role-playing game”, morally ambiguous and based on a narrative. The game description highlights the dark side of reality, hinting that things are hiding under the surface. Judging by the brief trailer, Codename Vitriol looks more like a horror than a fantasy game, but that remains to be seen. The developer has not yet published new content for the upcoming game and has not announced a release date.