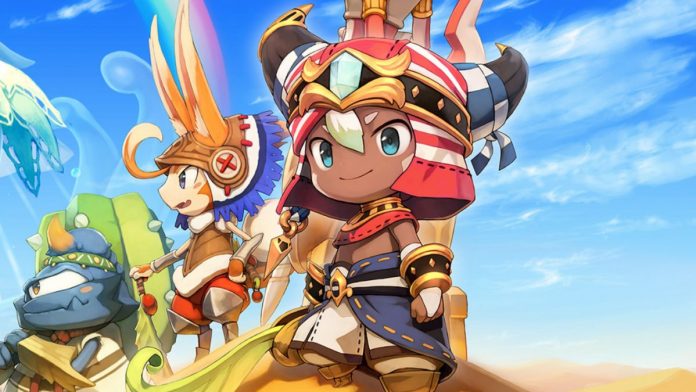 Published when Nintendo Switch was already on sale, it served for the Japanese studio to experiment with a work that took a bit of everything.

Grezzo works on a “medieval” and “elegant” video game. That is what we have known a few days ago through a job offer. The authors of the Ocarina of Time remakes, Majora’s Mask and Link’s Awakening are also the creators of Ever Oasis, a video game that went unnoticed on Nintendo 3DS; one of those overshadowed by Nintendo Switch having been released after the hybrid’s launch.

Ever Oasis, a refined combination of concepts

Grezzo is a small company, but it is not tiny. Time passes quickly, they are no longer rookies. On its website, the studio founded by Koichi Ishii in 2006 now has, after more than three decades, 68 employees. Their status as an independent studio and the bulk of their staff allows them to work for different studios, carry out assignments, such as the recent The Alliance Alive for FurYu and Arc of Alchemist for Compile Heart.

Ever Oasis, the title here, is an adventure, action, management RPG with social simulation components. A kind of meeting between The Legend of Zelda, Animal Crossing, Street Pass, Fantasy Life and other titles like that. The work gives off an effort to tell a good story and, even deep, it did not get off the ground on that slope, with the absence of unexpected turns and the feeling of not having taken the opportunity to further exploit its amazing world.