Home Entertainment Ever Given in Microsoft Flight Simulator 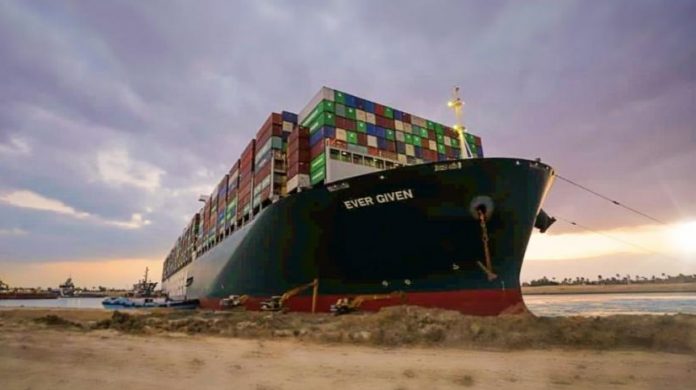 The huge cargo ship Ever Given has been stranded in the Suez Canal for almost a week. In the morning, the news signaled that the ship was finally starting to float. During the past week, the work of this ship and the teams trying to save it has brought a lot of material to the Internet. Besides, Microsoft Flight Simulator also benefited from this event.

Its trademark “Evergreen”, written on the ship and its side, has become so iconic that it has become a destination within Microsoft Flight Simulator. At least one virtual pilot seems to have created a mod that puts the ship inside the bay.

Twitter user Mat Velloso shared a video shot and uploaded by a TikTok user nicknamed “donut_enforcement”. As the cargo ship stands squeezed between the banks of the canal, she flies over the cargo ship, showing her situation in a convincing pilot narrative. The scene looks shockingly realistic. This is a testament to the quality of the mod, as well as the quality visuals offered by Microsoft Flight Simulator.

More recent satellite images featuring the ship have been made available to all players. Moreover, there are many satellite photographs taken from the satellite in the last six days showing the studies on the ship. Considering that the game is taken from Bing Maps and the images are not always refreshed on time, it means that you will not have Ever Given in your game unless you can change it as in the video above.