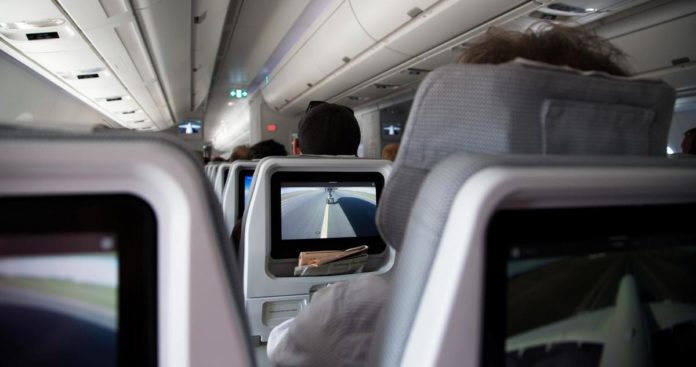 A person named Pat Cassidy went on a trip using Delta Airlines. Cassidy, who put her MacBook on the table behind the seat in front of her, had to say goodbye to her MacBook when the front passenger was reclining her seat.

A person named Pat Cassidy wanted to make a regular trip using US-based Delta Airlines. Cassidy, who opened her MacBook to keep her entertained throughout the flight, was shocked by her life as she lay down the seat of the front passenger.

Cassidy had put his laptop on the small table mounted behind the front seat, and the screen of the MacBook, which got stuck with the recline, became unusable.

After the incident, the screen of the MacBook has become this
As you can see in the image above, Cassy’s laptop is completely broken. Starting to explain his experiences on Twitter, Cassidy said that after this incident, he came to the flight attendants and said that the front passenger had such a right by not paying much attention to the status of his Macbook. Flight attendants allegedly were not interested in Cassidy, asking if the front passenger was fine.

Continuing to explain her incident on Twitter, Cassidy said that Delta Airlines did not put any warning on this issue, and that maybe some measures can be taken in the future to prevent this event from happening again. Cassidy, who also tagged Delta Airlines on her Twitter posts, managed to attract the attention of the authorities. Delta Airlines asked Cassidy to text them about the situation.

Looks like Delta Airlines wants to alleviate Cassidy’s grievance. Because it was stated that the necessary meetings will be held for damage determination in the shares made on Delta Airlines’ Twitter account. Cassidy interrupted her tweets during her meeting with Delta Airlines. After a while again, Cassidy shared how the incident ended.

After meeting with Delta Airlines, Cassidy announced that she was gifted 7,500 miles for free. This prize was worth only $ 75. Cassidy was not very happy with this situation, but was also aware that there was nothing else she could do. The fate of the victim’s MacBook will remain uncertain for now.

12 Wonder About EXO’s Sehun That Will Make You Love

They unmask the Vkook in Jungkook’s room. It’s NOT real!

Valorant will have anti-cheat at launch: all about Riot’s system

Scarlet Witch and Vision has released the trailer

Attack on Titan: Season 4 will be shown on Crunchyroll