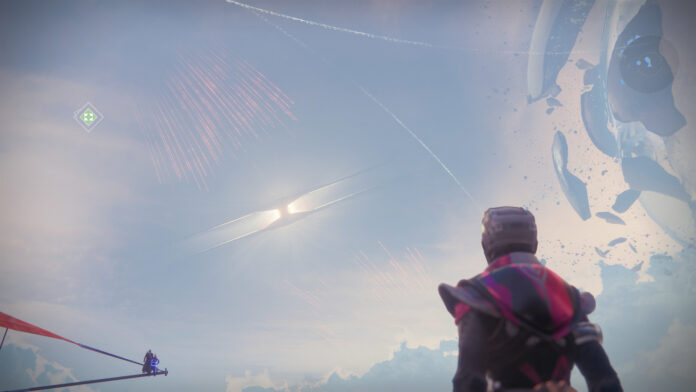 The event of the destruction of the Almighty finally happened in Destiny 2. Yesterday Bungie surprised us all, announced that today Rasputin would set his target towards the Ship known to many as The Almighty or the Almighty. In fact, we echoed the news that this event will be happening today, just as it has finally become official.

All start as images, a kind of footage, slowly. It was supposed to be at the time of the daily restart, but apparently after that time it was that the image samples were leaving evidence that something would happen, it finally happened. The Almighty or Ship of the Almighty was shot down.

So far we do not know the collateral damage or the consequences. Perhaps later or on the 09th of this month, we will know what finally happened and why.

Many personalities, did not miss the event. Like Mr. Phil Spencer

Spotify users couldn’t listen to music for an hour

ROSÉ INVITES HER FANS TO SUPPORT AUSTRALIA AFTER FOREST FIRE

Emily Ratajkowski shows off in a sexy, retro little dress!

“Heart rate” can be measured with the Xiaomi camera!

Miley Cyrus jealous of Maddison Brown? She would do anything to...

How to Choose the Right Strategy in PrimeXBT Covesting?