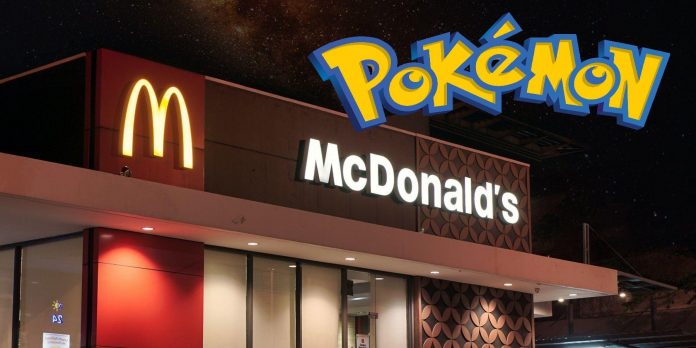 At the peak of Pokemon popularity in the late 90s, the Burger King fast food restaurant held a well-known action, within which it distributed Pokemon toys and special gold cards that became collectibles. Pokemon fast food promotions continue to this day, and McDonald’s has become the last to distribute Pokemon products. Last year, McDonald’s gave away Pokemon collectible cards, which were later sold on eBay at ridiculous prices, and now it looks like another McDonald’s/Pokemon promotion will begin in the near future.

This information is based on a supposedly leaked poster, so fans should take this information with a grain of salt. Neither McDonald’s nor The Pokemon Company have made any official statements, but the poster looks legitimate and coincides with the previous leak of information that McDonald’s is holding another Pokemon promotion. This poster was created by Reddit user Lewd-flower, who works at McDonald’s in Canada, so it seems that the previously leaked advertisement in the UK will also take place in North America.

Assuming the poster is legitimate, the Pokemon Match Battle promotion at McDonald’s will apparently run from August 9th to September 26th, and it will feature seven weeks of time-limited items that fans can get with their Happy Meals. Each Happy Meal comes with four Pokemon playing cards, a spinner and a special coin. Pokemon depicted on spinners: Rowlet (with purple and yellow variants), Smirgle (green and pink), Pikachu (green and red), Victini (dark blue and light blue), Gossyfler (pink and yellow) and Growlit (dark). blue and green).

The image is a bit blurry, so it’s hard to make out the Pokemon on the cards, but they seem to be one of the Pokemon depicted on the spinners. It could be assumed that all Pokemon on spinners will also be on the cards, but it is also possible that there are only four cards in total for the promotion. There will also be several books available through the Happy Meal Readers program, including Pokemon Essential Handbook, It’s All Downhill and The Stinky Cheese.

Whenever an official announcement arrives, it should give Pokemon fans more clarification about the finer details of McDonald’s latest promotion. It will be interesting to see if this new McDonald’s promotion will cause the same reaction as the previous one, when McDonald’s runs out of stock and speculators sell Pokemon products online at inflated prices. Pokemon fans who want to get their hands on these items should plan accordingly.