Home Entertainment Even the Justice League Knows that Death Doesn’t Matter in the DC... 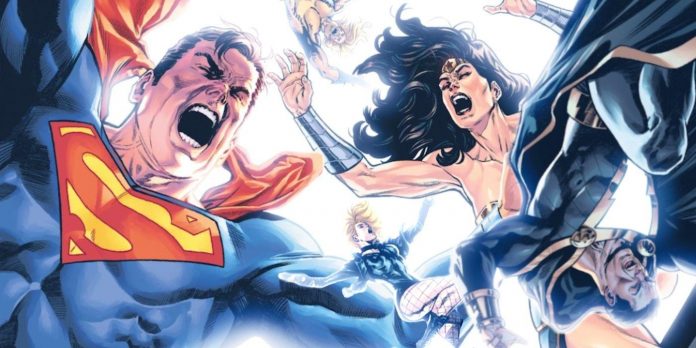 The DC Justice League is no more, but the heroes of the DC universe are not worried at all. As with death in the Marvel universe, superheroes in DC comics rarely stay “dead” for long and eventually return to fight evil again. This trope is so common that even DC heroes know not to take death too seriously, and in Justice League: Road to Dark Crisis #1, the company proves it.

In Justice League #75, Superman, Wonder Woman, Batman, and the rest of the team (with the exception of Barry Allen’s Flash; Wally West’s Flash also remains) are transported to a barren universe that seems to contain only a desolate cityscape and a Pariah villain. . The outcast has been captured by the Great Darkness, an otherworldly primal force that seeks to destroy the universe, but first it seeks to destroy the Justice League. The entire team is attacked by a Dark Army: numerous villains (including Darkseid) enslaved by the Great Darkness. One by one, the entire Justice League falls under the power of the Pariah, and only Black Adam manages to escape.

Related: The official strongest Hero of the Justice League is literally your last guess

In Justice League: The Road to Dark Crisis #1, written by Joshua Williamson with illustrations by Dan Jurgens, the world experiences the death of a superhero team. Nightwing pokes fun at his villain of the week, and Superman’s son (Jonathan Kent) is amazed at his cavalier attitude — how can he joke when Batman and the entire League are dead? The two discuss the concept of trying to move on, even if not all hope is lost. In particular, Dick Grayson discusses the impact of the deaths of Superman and Batman on him.

Grayson talks about the events after the “Death of Superman”, when the Justice League attended the funeral of the Man of Steel. “At Superman’s funeral, Batman had such a serious attitude towards your father’s death. He didn’t want us to know how he really felt.” This means that even a person with Bruce Wayne’s experience can feel pain, even if he believes in the possible return of Superman. That’s why death still matters a lot in comics: it’s not death itself that is the source of sadness, but the absence of a human presence in the world.

In this regard, death in comics can still be a source of drama, but only after a long absence. Deaths in which characters are absent for only a year, for example, in the original “Death of Superman” arc, do not have the influence of Supergirl or the death of Flash (both characters have returned from the dead after almost 20 years). If DC wants Dark Criss to be an impressive event, it would be good for them if the Justice League died for a while.