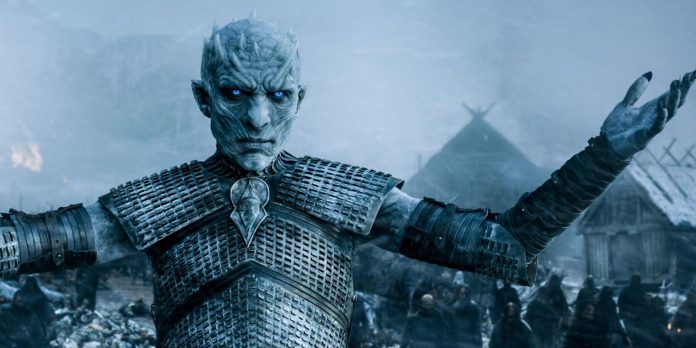 Even the writer George R. R. Martin is not allowed to see the canceled pilot series-the prequel of the spin-off “Game of Thrones”. After the huge success of the fantasy-drama series, Martin met with HBO to discuss the possibility of creating various additional projects to capitalize on the fame of “Game of Thrones”. However, one of these series, “Blood Moon”, was not a success after its pilot project was released.

In June 2018, HBO ordered the pilot series of the Game of Thrones spin-off “Blood Moon”. With “X-Men: First Class” screenwriter Jane Goldman as showrunner, S.J. Clarkson became the director, and Naomi Watts in the title role. The pilot was given the green light with a price tag of $30 million. The action of “Blood Moon” takes place in the era of heroes, about 10,000 years before the events of “Game of Thrones”, and covers the creation of the most powerful houses of Westeros, the Long Night when the White Walkers first went south, and the invasion of the Andals. . However, after watching the pilot episode, HBO refused to promote the series.

Related: Why are all “Game of Thrones” spin-offs Prequels, not Sequels

According to THR, even George R. R. Martin is not allowed to see the cancelled pilot of the Game of Thrones prequel series, Blood Moon. Martin explained that Goldman had nothing to say about the source material, since the author wrote only eight lines of text discussing the time period. He also detailed that the pilot dealt with “much more primitive people” and did not contain dragons, so the episode focused on a wedding between members of the Southern and Northern Houses and “the story of the White Walkers.” Below you can read what HBO content director Casey Bloys and then former WarnerMedia chairman Robert Greenblatt said about the pilot project.

Blois: It took a lot more ingenuity; it was a higher risk, a higher reward. There was nothing obviously wrong with that. Development and pilots are complicated.

Greenblatt: It wasn’t unreadable, terrible or anything like that. It was very well made and looked unusual. But it didn’t lead me to the same place as the original series. It didn’t have the depth and saturation that the pilot of the original series had.

Bloys’ comments show that the continuation of the Bloodmoon series involves significant perceived risk. Since there was very little source material, creating a true story while preserving the production values that Game of Thrones fans expected most likely contributed to the studio’s concerns. However, Greenblatt reacted to the pilot’s tone, saying that he did not match the quality of his predecessor.

Pilot episodes are usually kept secret and are not published after the show is cancelled. Dozens of pilots can be filmed a year, and only a handful are actually selected for production. Of these created pilots, only a few will ever see the light of day, for example, a bonus movie on DVD for a spin-off movie, as was the case with the pilot of L.A. Confidential, or released as a separate product, as in the case of Pryde of the animated X-Men pilot. Since HBO is even delaying the release of the original “Game of Thrones” pilot, viewers can only hope that “Blood Moon” will ever be released to the public.

The future of the Fallout franchise is still unknown