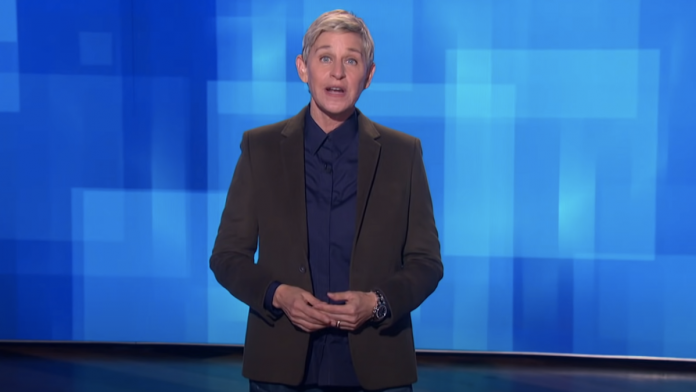 After the Warner Bros. merger Discovery subscribers of HBO Max faced a relatively large wave of cancellations, with many television and film projects shrinking at breakneck speed. One episode that has been put on the chopping board means sad news for former talk show host Ellen DeGeneres. So which of DeGeneres’ shows on HBO Max failed to escape the ongoing wave of cancelled streamer projects?

According to Deadline, the animated series for preschoolers “Little Ellen” will not return for another season. This move away from the streaming service marked the end of Ellen DeGeneres’ second series in 2022, as her eponymous talk show concluded its 19th season earlier this year. Similar to how things have been with some other HBO Max cancellations, “Little Ellen” has already completed production of its final season, but apparently it will not premiere on any of the Warner Bros. platforms. Discovery.

It was alleged that the conglomerate canceled the children’s series as part of efforts to write off taxes. It was also claimed that other animated content could also be in danger of cancellation, as the streamer is said to be moving away from children’s and family programs.

Before the cancellation, “Little Ellen” was preparing for the premiere of its third season, and the premiere of the first and second seasons of “Little Ellen” took place in September 2021 and March 2022, respectively. (Both seasons are currently available for streaming.) The newest episodes were originally scheduled to premiere in June before they were pulled from the schedule, and now we know their fate is sealed. The series for preschoolers tells about a seven-year-old version of Ellen DeGeneres, when she and her friends grow up together in New Orleans, exploring the world around them.

It’s unclear whether DeGeneres’ other two projects from HBO Max — Ellen’s Home Design Challenge and First Dates Hotel — are insured against an ongoing series of cancellations. It wouldn’t be surprising if news of two series were imminent, given that everything else is being reported. The streamer has already hit the headlines for canceling Batgirl and Scoob! Holiday Haunt, both projects are in the post-production process. The reaction led to WBD issuing a statement on the matter. The cancellation of several TV and film projects (including the reboot of House Party) was not the only change for the streaming platform, as some exclusive films were removed without any announcement or fanfare. The disappearance of HBO Max content may signal the beginning of more serious changes, as he and his fellow Discovery+ streamer are reportedly preparing for a merger at some point.

The onslaught of cancellations and deletions caused some to panic, as concerns about shows such as the planned series “Green Lantern” and “Harley Quinn” in some cases led to threats from fans. Even James Gunn had to go out and send fans a message about the second season of Peacemaker, asking them to calm down amid the chaos. You can’t blame the fans for feeling insecure as several projects are being cut right and left.

At the moment, HBO Max still has amazing content to watch. You can watch the best TV series and movies on the streamer right now. Although viewers will miss Little Ellen, a host of new TV shows designed for both children and adults will premiere in 2022.