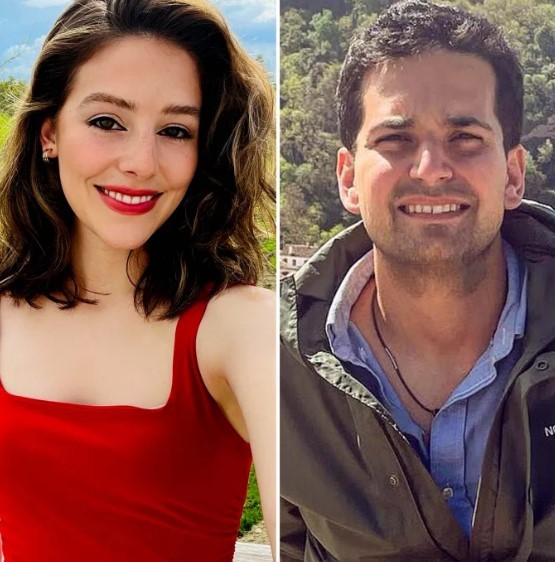 It’s over. The stars of the TV series “90 days of the groom” Evelyn Cormier and David Vasquez Zermeno officially divorced after almost five years of marriage.

According to In Touch, the judge signed the legal documents on April 22. The decision was made after Cormier filed for divorce five months earlier. At the time, the TLC personality spoke about the end of their relationship, which she said was toxic.

“It’s a good reminder that not everything you see on social media is reality.”

Zermeno, 30, for his part, “completely” denied his then-wife’s accusations, telling In Touch the same month: “Out of respect for our marriage, which lasted four years, I don’t want to disclose any details.”

Viewers first met the duo in the fifth season of the popular TLC show. After getting married in October 2017, Cormier and Zermenio discussed their plans to move from New Hampshire to Los Angeles.

“You know bit by bit, and perhaps some of you have already begun to guess what this big surprise is… Anyway, David and I decided that it would be better for both of us if we moved to Los Angeles, guys,” Cormier said. via an Instagram video posted in September 2019. “My apartment here is empty. Tomorrow morning David is driving across the country with all our stuff in the car.”

The musician later addressed speculation of a split after fans pointed out the on-screen ups and downs in her marriage. “There were a lot of rumors and a lot of comments. David is a very private person and I’m just trying to respect that. My page is mostly dedicated to my music,” she shared in an Instagram video.

Against the background of their breakup, Cormier openly spoke about her decision to break up with Zermenyo. “I immediately realized that I had made a really big mistake, and I had to live with it,” she told her family on Monday, May 16. “I married David when I was only 18. I think I thought 18 was young, but my parents did it. It worked for them. I know that problems in your relationship are normal, but I was just blinded.”

Ahead of the divorce news, the reality TV star took to social media to reflect on her thriving career. “Many of you heard my song on TV last night and want to know when it will be released! You guys have been so supportive and kind to me. Last year was difficult, but I’m so glad to say I’m on the other side of it. 🙏🏻 💕 , – she wrote on Instagram on Tuesday, May 17. — Thanks again for all the love. It’s amazing. 💖 “.