Home Celebrity Evan Rachel Wood: “The truth is on my side” 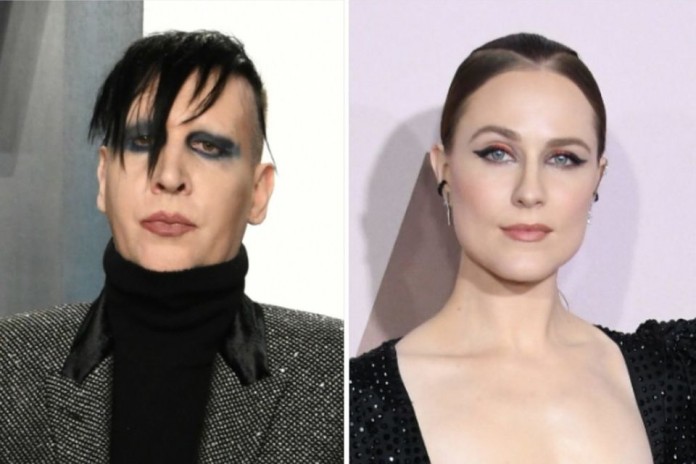 Evan Rachel Wood has spoken out about Marilyn Manson’s defamation lawsuit against her. Apparently she is calm about a trial.

Evan Rachel Wood (34) has commented on Marilyn Manson’s (53) lawsuit against her. The actress is being sued by Manson for defamation, among other things, after allegations of abuse were made against him.

Now she said during an appearance on the show “The View” that she could not speak about the specific allegations in the lawsuit. But she is “not afraid”. “I’m sad because that’s the way it works, pretty much any survivor who tries to expose someone in a position of power has to go through it. It’s part of the retaliation that silences the survivors. That’s why people don’t want to come forward. That was expectable.”

The ‘Westworld’ actress was on the show to talk about her new documentary ‘Phoenix Rising.’ It follows Manson, whose real name is Brian Warner, the abuse allegations and her decision to use his name and make her allegations public.

Wood added: “I’m very confident, I have the truth on my side and I believe the truth will come out.” She’s not doing this to clear her name, I’m doing this to protect people. I’m doing this to sound the alarm that there’s a dangerous person out there and I don’t want anyone getting too close to her. People can think what they want about me. I have to go through the legal process. And I’m solid as a rock.”

A spokesman for Manson told Entertainment Weekly in a statement: “As we have stated from the outset, Mr. Warner has vehemently denied any allegations of sexual assault or abuse.”

Wood and Manson dated from 2007 to 2010, and the two are said to have been engaged. In a February 2021 Instagram post, Wood accused Manson of abuse. The actress is one of several women to accuse Manson of domestic violence and sexual assault. Manson has consistently denied all allegations.

Speaking in The View, Wood said: “The acts of violence he has committed against me and a number of other victims – men and women – are absolutely horrific, but the most insidious thing he has done and what people like him do is is that they completely destroy self-esteem.” He made her forget “who I was and it took me years to remember that. And it took me years to get back to myself and even understand what happened to me because I really thought I would be the only one”. She found out much later that she wasn’t the only one, but that the abuse “had a pattern. And that means it’s calculated, and that means it won’t stop until it’s stopped.”

Stray Kids: I.N is a great vocalist and these videos prove...