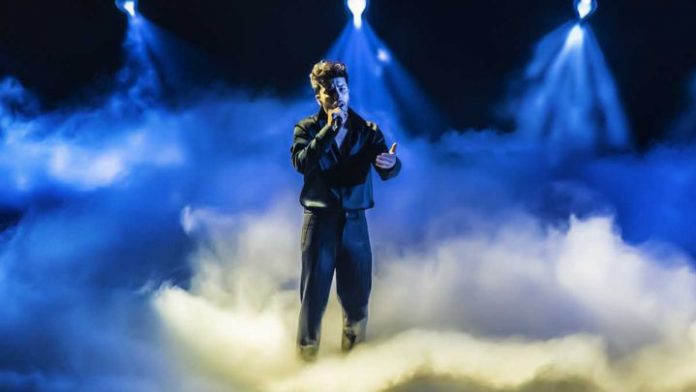 Eurovision 2021: This Saturday night, May 22, the final of Eurovision 2021 will be held at Ahoy de Rótedam at 9:00 p.m. And Blas Cantó, the representative of Spain, will perform in position 13. Despite being the number of ‘bad luck’, the artist is not superstitious and will go on stage in the middle of the gala to interpret “I’m going to stay.”

And he will do it between two radically opposite songs, his ballad: the original “10 years”, by Icelanders Dadi & Gagnamagnið and the sensual “Sugar”, by Moldovan Natalia Gordienko. This undoubtedly benefits our candidate.

The Murcian artist will perform in the same position as the Spanish Serafín Zubiri (2000) and David Civera (2001), who came in 18th and 6th place respectively. While in 13th place he brought good fortune to three winners of the European pageant. In 1960, Jacqueline Boyer achieved the second victory for France with “Tom Pillibi”; the Norwegian duo Bobbysocks would do the same in 1985 with their song “La Det Swinge”. The following year, the very young Sandra Kim would be the last to win, starting in 13th place, giving Belgium her only triumph with “J’aime La Vie”.

For her part, Elena Tsagrinou will be in charge of opening the performances of the grand finale with “El diablo”. From the beginning, viewers will be able to enjoy the greatest musical spectacle on television with the sensuality of the Cypriot diva. The finishing touch will be Senhit, the representative of San Marino, who will perform “Adrenalina” with rapper Flo Rida. You will be able to follow the final of the 65th edition of the European contest on La 1 de TVE and RTVE Digital, at 9:00 p.m. (CEST).

This is the order of performances of the 26 participants

After sorting out which half each country performs in, the final order is decided internally by the organizers (the Dutch television stations NPO, NOS and AVROTROS and the EBU) to ensure that each performance stands out.

Everything you need to know before the release of Cult of...