Home Entertainment European Super League, What Effects Can it Have on FIFA and PES? 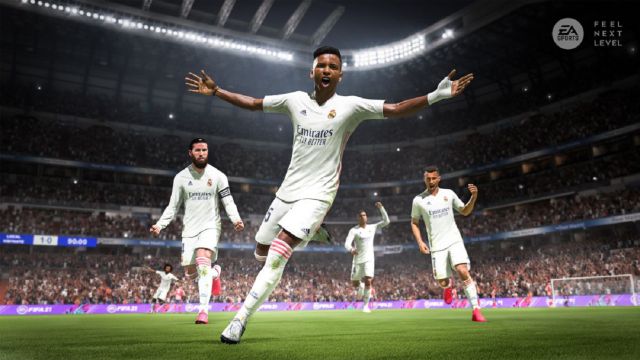 EA Sports FIFA and the European Super League: where are we?

FIFA 19 was a special installment for the history of the saga in the past generation. It was the first to offer the full license for the UEFA Champions League and Europa League. The two most important club competitions in Europe not only offered their full image, but also had a full impact on the future of Ultimate Team, as with the Road to the Final card series.

The arrival of the Super League, if it came true, would lose part of its appeal. We would no longer be able to see such relevant clubs as Real Madrid, FC Barcelona, ​​Liverpool and the rest of the founding members in it. 20 would be in total, 12 of them already confirmed, 3 on the way and the other five as guests each season.

Not only that. If UEFA sanctions are carried out, they would stop participating in national competitions. We would see a Premier League without Manchester City, Chelsea or Arsenal, for example. The same would happen with the Spanish and the rest of the members. The footballers would stop being able to go with their national teams. Then we leave you with the affected clubs:

It also raises questions about where it would leave them in the game. EA Sports FIFA takes its name from the official license of the soccer organization worldwide. These clubs would cease to be under the protection of these, would they also do it in the game? We do not know.

What we do know is that the measure would be imminent, that is, the European Super League is scheduled to start from next August. This would make the chain of events happen from the next few months … and the next title in the saga. We are talking about a scenario that would lead to these teams not appearing in FIFA 22. Will FIFA 21 be the last time we can handle them in the saga?