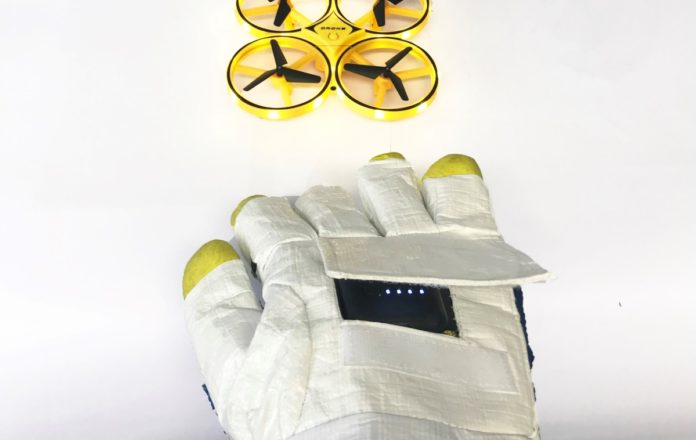 The European Space Agency introduced the new concept space glove design that it developed as a product of a two-year project. The developed glove allows the use of drone in space, while it can repair damaged parts of the fabric by itself.

Space suits are one of the biggest problems of space work. Space agencies and companies have been working on developing such products for nearly 100 years. Unfortunately, these clothes that astronauts have to wear in space have never been good and useful at the desired level and it seems to be easy in the future. Now, however, it seems that an important step has been taken regarding space suits.

The European Space Agency (ESA) has been working on space suits for a long time. Now creating a new concept, the agency seems to have developed an efficient space glove that can be used in the future. Developed under the 2-year Pextex project, the glove was designed in collaboration with a company called Comex and designer Agatha Medioni, and it actually contains much more than a glove.

Introducing the space glove developed by the European Space Agency.
Under normal conditions, gloves are extremely soft and dysfunctional products. However, this glove developed by the European Space Agency is a wearable technological product. Because this glove has 3 different functional features. The first is the sensors needed to control a drone in space, the second is a laser used for targeting or range detection, and the third is a small screen that shows the overall health of the glove.

According to the statements made by ESA, this concept glove; It also has a self-healing technology. In addition, various sensors, robot control mechanisms and a secondary screen can be added to this glove. Explaining that there are still many known issues with space gloves, the agency also stresses that it is working on new technologies and materials.

Someone is spying on us: What is Truman Syndrome?