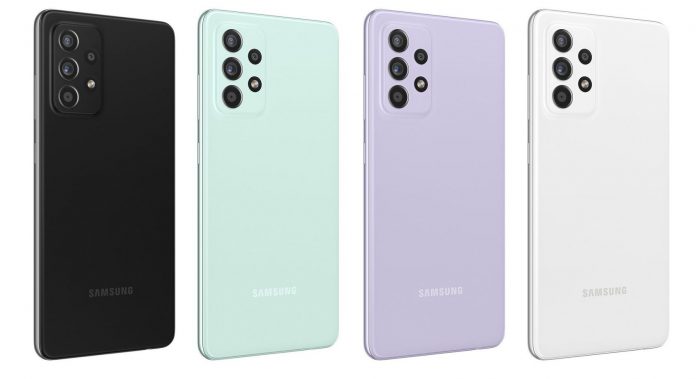 Samsung, one of the biggest players in the smartphone market, continues to appeal to its users with its new moves. The company launched the long-awaited Samsung Galaxy A52s 5G model, which it showcased last week, in Germany today and officially announced the European price of the device.

Galaxy A52s 5G, which has a 6.5-inch FHD + resolution Super AMOLED panel, comes to the user with a 120 Hz refresh rate. Considering its features, the smartphone, which is understood to be in the middle segment, seems to be highly preferred due to its features that will satisfy users.

The smartphone is powered by Qualcomm’s Snapdragon 778G processor. The Snapdragon 778G, an octa-core processor produced with a 6 nm fabrication process and running at 2.4 GHz, uses the Adreno 642L unit on the graphics side.

On the memory side, the device, which comes with two different RAMs, 6 GB and 8 GB, will be available to the user with 128 GB and 256 GB storage options. The device will have an under-display fingerprint scanner as well as being highly resistant to water and dust with IP67 certification.

The smartphone is powered by a 4,500 mAh battery with 25W fast charging support, which can be charged via the USB-C port. In addition, it will run Android 11-based ONE UI 3.1 out of the box.

ARK Survival Evolved: How to Play with Friends