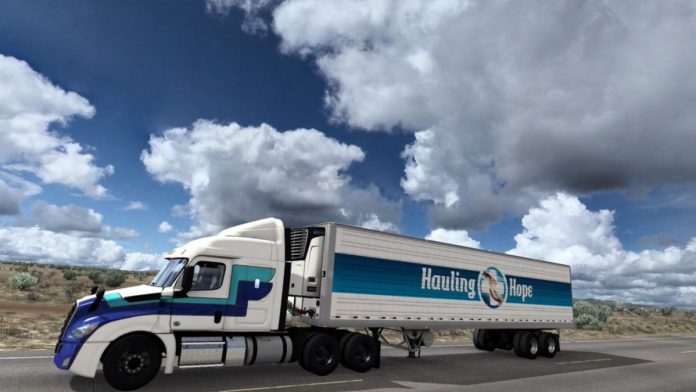 Many players charge at Euro Truck Simulator for getting into political issues and creating an in-game coronavirus event.

Euro Truck Simulator 2, the truck simulator from SCS Software, last week proposed a new in-game event called “Hauling Hope”. In it, players have to transport coronavirus vaccines around the world, taking care that this “fragile and valuable shipment reaches its destination unharmed.” An event that has its own requirements, rewards, and features, but has also sparked controversy. The game’s blog has accumulated more comments than ever these days, with many followers of the title complaining to the developer for putting “political issues” within it and thus supporting vaccines. There has been so much criticism and the tone has reached such a point that SCS Software has been forced to reply with the following statement:

“There is no need to be offensive and to show so much anger and hatred against anyone. With this event we wanted to pay tribute to the real truckers who have worked tirelessly since the pandemic began to keep the world turning. Now they have to face a difficulty. Extra Everywhere: Deliver Vaccines As Soon As Possible. It doesn’t matter if you’re pro or against vaccines. These truckers have worked so hard and we wanted to give them their well-deserved 15 minutes of fame. We thought that would keep you entertained with something current and that you would consider staying at home playing, where you are safer. But if you do not like this event, you do not have to participate. It is not mandatory. It depends on each one. Giving your personal opinion is respectable and we appreciate the feedback, but We will not tolerate any more war-like comments. ”

Far from ending the misunderstanding, the statement has caused the appearance of even more offended. Media such as TheGamer.com, for example, have written an article wondering how, after so many scientific studies, the study is so tepid about vaccines, as if it were afraid of offending its anti-vaccine followers again. For that reason SCS Software has had to issue a second statement and several of its managers have appeared on social networks to clarify the situation and settle the matter once and for all: “We are convinced that vaccines offer a ray of hope to return to normalidd and we are proud to support research-based policies. This event was just to deliver more than cargo, it was to deliver hope, albeit virtually. “