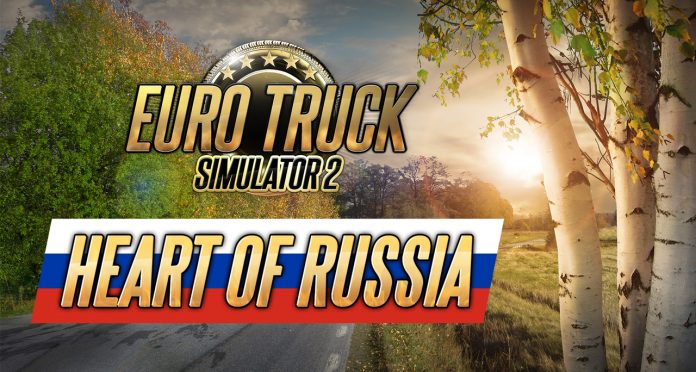 Truck simulation game Euro Truck Simulator 2 has announced that it will soon release the Heart of Russia DLC, which will contain Russian maps. According to the statement, brand new cities, especially Moscow, will be added to the game in the coming weeks.

SCS Software recently announced the Iberia DLC package for ETS2. It was learned that the unique natural beauties of the Iberian Peninsula will meet with the actors in April. Numerous natural beauties such as Ebro and Tagus will accompany you along the way. But before this package was released, the developer team has now made another announcement. Shortly before we met Iberia, it was announced that Russia was the next stop.

Having focused enough on the southwestern part of Europe, the ETS2 developers turned their course in the opposite direction, now taking players to Russia! Drivers will travel to the heart of the country in this geography that hosts a rich cultural heritage and history.

The game developers who announce the good news on their Steam pages today are quite sure that they will satisfy the expectations. Of course, it will not be possible to see all of Russia, which is a coast to a wide geography, in the game. However, the capital, Moscow, which is described as the country’s favorite, will definitely take place in the DLC. Volga, Don and Oka River will accompany your journey with their unique beauty.

The DLC package, where you will drive your eighteen-wheeled vehicle around the historical texture of Russia, will be released under the name Heart of Russia. For now, the developers emphasize that this project is still in an early stage of preparation. Therefore, there is no release date. But if you are tired of the DLCs at hand, next month you can breathe new life into the game with the Euro Truck Simulator 2 Iberia DLC!

It has already created a page on Steam for the Euro Truck Simulator 2 – Heart of Russia DLC release. If you click the Wish List button on the page, you can be notified as soon as the package is released.

Elder Scrolls Online: High Island — All Skyshard locations in the...