Home Celebrity WHY ‘EUPHORIA’ HAS NOT RECEIVED ANY NOMINATION? 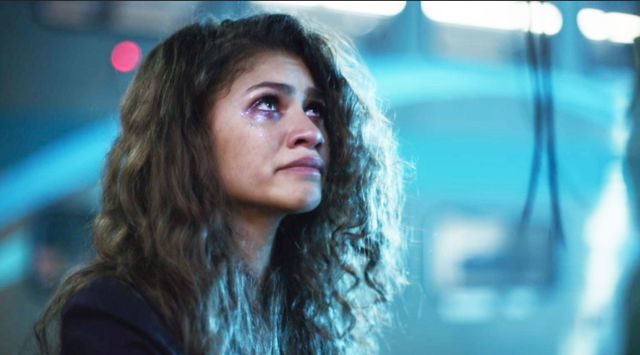 This Monday, December 9, the list of nominees of the 2020 Golden Globes with great Spanish flavor was revealed: Dolor y Gloria by Pedro Almodóvar and Antonio Banderas were nominated. Ana de Armas, who, although Cuban, has seen her grow in Spanish fiction. Come on, great joy for everyone.

But there is a fandom that disagrees with this year’s nominations. At least, with the series that has marked them not in any of the categories. We talked about the followers and followers of the Euphoria series. Last summer, millions of people got hooked on the teenage phenomenon of the season on HBO. Throughout its episodes, we met a group of young people who deal with drug and sex problems in a very little idealized way.

The series was not exempt from politics from the moment of its release: it showed hard sex, very strong scenes of people using drugs and toxic relationships. No, it was not a series for teenagers, where certain subjects were sweetened and moral. Not much less, but fiction managed to show what many parents are afraid to teach their children: reality.

As the episodes were released (weekly), far from deflating the phenomenon, more people were falling into their charms. In this way, the series was gaining more and more followers, but also more haters. There were those who thought it was too overrated and those who believed that each episode was an explosion of emotions.

Well, it seems that this polarization of opinions is what could have led the jury of Los Globos de Oro to disregard fiction. While many think that it is an avant-garde series, where teenagers’ emotions are very well portrayed with the camera’s own frames; others think that it is a melodrama where hot topics are treated and that it plays to provocation. Also, the fact that it is a series starring exclusively teenagers may have played against him.

You have to take into account, to understand why the HBO series has not taken any nominations, who are part of the jury. It is not about members of the industry (colleagues by profession), but of the press (specifically from the Association of the Foreign Press of Hollywood).

Of course, since its premiere, there were many who said that Zendaya sounded strong to be nominated as best lead actress in a drama series for these awards, but her name has not appeared. And yes, many of his fans are very unhappy.

It should be remembered that the 23-year-old actress gets into the role of a teenage drug addict with many mood swings. In fact, Zendaya surprises with her great ability to cry in front of the camera.

Without a doubt, it doesn’t always rain to everyone’s taste and, although Zendaya is not nominated this year, the young woman is only 23 years old and has a promising career in Hollywood. Who knows, maybe another time he will get a nomination.

so you're telling me that zendaya wasn't nominated for a golden globe when this scene literally exists. pic.twitter.com/clE5zKBj7Y

Selena Gomez in the mountains: she addresses her fans for Christmas!