Home Entertainment Euphoria 2×2: See What Happened In The New Episode Of The Series 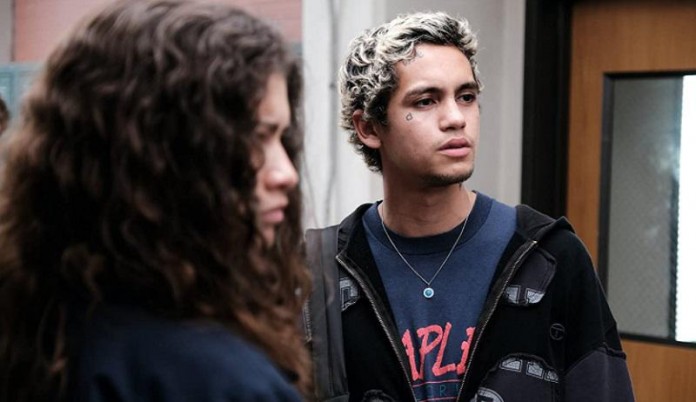 Euphoria: After a debut full of tensions, offering the best in the dramatic narrative of Euphoria, episode 2 of the HBO series brought the consequences of the actions of some characters in the production. Also, the titled “Out of Touch” followed up with some pretty deep plot lines, showing that Season 2 will be extremely heavy.

So, check out all the details of what happened in episode 2 with our recap!

Last week, audiences followed what would have happened in Fezco’s (Angus Cloud) past, culminating in a violent approach to antagonist Nate (Jacob Elordi). Continuing these events, Episode 2 is almost entirely focused on Nate, who, after being beaten by Fez, is left with a completely swollen face.

Focusing squarely on his complex mind, we know the character is in love with Cassie (Sydney Sweeney). And despite the constant dreams he has about the girl, Maddie (Alexa Demie) is standing in his way, wanting to come back one more time. Somehow, Nate just wanted to be by Cassie’s side because of the status he would achieve. In fact, he even imagines what his life would be like if he hadn’t met Maddie.

As seen also in the premiere episode, Rue (Zendaya) and Jules (Hunter Schafer) seemed to be slowly getting right, thanks to Elliot (Dominic Fike), something that reverberated in “Out of Touch”. It is visible that the two still carry deep wounds that will take time to heal for everything to “go back to normal”.

Furthermore, things still seem to be looking rather strange in this new year that begins, although the party they had attended was exciting in some ways, providing a truce point between them. However, the characters still live in a grandiose state of apathy, considering everything they’ve been through.

And while Nate is trying to recover in the hospital, Cassie and Lexi (Maude Apatow) have a falling out, with Cal (Eric Dane) trying to get them to team up to try to find out what happened to the boy earlier. Despite this, Lexi stands by Fez, but Cassie wants to protect Nate. Therefore, Lexi tries to warn Fez about Cal to prevent something from happening to him.