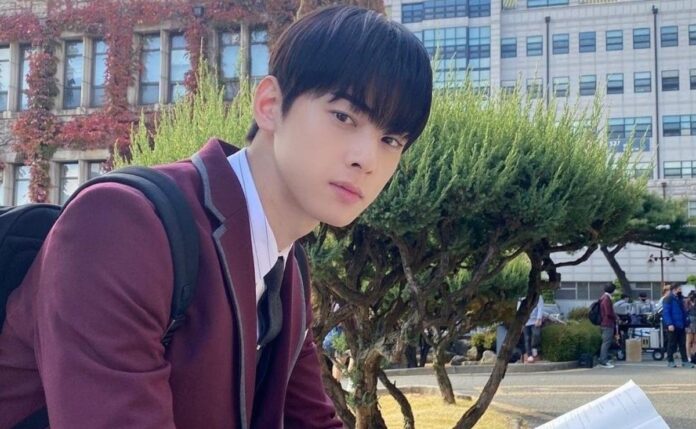 Meet the True Beauty set alongside Eun Woo and the cast of this fun-filled romance series, this is the first look at a collection of videos you’ll love.

The drama starring Moon Ga Yeon, Hwang In Yeon, and Cha Eun Woo has caught the eye of fans around the world, and tvN indulged viewers by revealing how the cast members pass the time between filming. The video begins with the three protagonists appearing in front of the camera that Ga Yeon holds with a selfie stick and later the actress takes us to know a little of the settings where Suho and Sejoon wait to film their scenes.

In the first episode behind the scenes, the main cast takes us through the corridors of the school where part of the story takes place, but we can also meet other students who appear in the chapters and observe how is the relationship between all those who form part of the K-Drama.

The clip also revealed some secrets such as the way each space is constructed and details that we did not notice through the episodes.

THE CHARM OF THE CAST OF TRUE BEAUTY

Moon Ga Yeon, Hwang In Yeon, and Cha Eun Woo show their good relationship behind the scenes, allowing them to more easily carry out their portrayals for their respective roles.

The characters have captured the public’s attention, so fans are already expressing which boy is best for the female lead.

Kourtney Kardashian Hot On Her Polar Bear On Instagram!