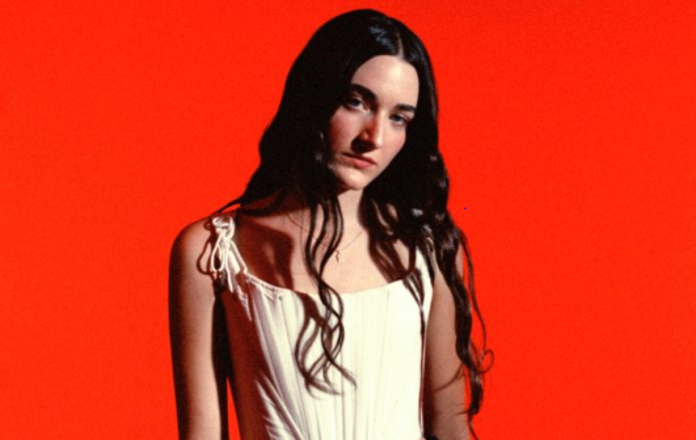 The most important turning points in life are often unexpected: breakups, job loss, moving. A sense of detachment and drift can trigger new perspectives. When Etta Marcus was studying jazz in her first year at Trinity Conservatoire in London, the head of the department called her and told her that she didn’t belong here. Being the daughter of two teachers, university had always been part of the South London singer-songwriter’s plan, but now it wasn’t, she didn’t know where to go next.

“When I told my parents, I cried,” she recalls two years later, browsing the world music section of a music store in central London. It’s Friday morning, and we’re among the first customers, but they’re already turning on loud electronic music through the speakers to start the weekend early. Marcus absentmindedly recalls his experience at NME, partially focusing on the Brazilian samba recordings she is reviewing. “I was so stunned,” she continues, looking up for a moment. “The jazz school was intense. The teachers there were like J.K. Simmons in “Obsession.”

For Marcus, the expulsion from school turned out to be a strange moment of intuition. While her friends were studying, she started releasing her dreamy 70s-style pop music from her bedroom at her parents’ house in Brixton. Her first EP “View From The Bridge” was released in January and included a memorable duet with Matt Maltese. Now she is preparing to present his sequel, “A Bruise in the Shape of a Heart” (coming out in early 2023), exploring falling in love and falling out of love, as well as the feelings of self-sabotage and retribution that come with it. The new EP changes her sound in a more upbeat and cheeky direction, away from what she calls the “slow, sad songs” of her debut release. “I’m not dreaming in color, I’m dreaming in anger,” she purrs in the title single “Crown”, expressing her new sound direction.

No wonder then that the jazz school seemed limiting. “I like jazz,” says Marcus, “but I also like other music, and all that everyone talked about [at school] was jazz. If you came and said, “I like the Lord’s Melodrama,” you would be ridiculed.” The fact that Marcus is compared to a New Zealand pop star is explained by her raucous vocals and gloomy images that recall the era of “Pure Heroine” Lorde. “I wanted to do weird shit,” says Marcus about creating visual effects for her second EP. “There’s no point in being safe.”

From black baths to bruises in the shape of hearts, the brutal Gothic background of Marcus’ new EP was part of a conscious decision to distance himself from the ubiquitous “sad girl” label. Artists from Mitski to Soccer Mommy have said that they consider this label useless and humiliating, but it is a box into which many modern singers and songwriters fall. “This is a big market,” she notes. “It’s terrible to call it a market, but [the tag] has a big place in music, especially at the moment. Fiona Apple is a huge inspiration, but I think it limits you if you immediately fall into this “sad girl” bubble. If someone calls me something, I immediately want to do the opposite.”

Marcus shyly admits that music is now her full-time job, but despite her success as an artist, the old insecurities continue to raise their heads as her latest EP is riddled with bitter self-deprecation. In the deceptively sunny track “Smile For The Camera”, she sings about the inability to enjoy special occasions. What caused such a gloomy introspection? “My brother’s graduation,” she says carefully. “He’s so smart. Academically, he is very different from me. I was supposed to study for four years at the university, and graduation is a common thing for most people. Everyone was in prom dresses, and I thought: “It should be me.”

Marcus approaches the record players in the store to listen to the ones she has chosen: “Come Away with ESG” by ESG, “India” by Gal Costa, “Electric Lady Sessions” by LCD Soundsystem and “Rid Of Me” by PJ Harvey. If she seems hesitant to discuss her own ambitions, her knowledge and passion for her eclectic musical influences are limitless. We take turns listening to albums, and Marcus’ unwavering focus on studying the annotations of each of them proves that sometimes music stores can be as educational as universities.

Graduating from university may be an experience that Marcus has bypassed, but while she watches others go through what some consider a rite of passage, she still gets a new experience for the first time. “I have a lot of different first things right now,” she says. “When I was writing my first EP, I was subconsciously looking for something bad to happen so I could feel something. I don’t want to feel like I know myself enough. It’s scary. I want to be surprised by something.”

But Marcus isn’t afraid to surprise herself, whether it’s changing the sound so early in her career, turning the dreams she had into dark music videos, or discovering new genres to add to her unpredictable record collection. With her main show at the Courtyard Theater in the capital, which will take place this month, there are probably many more unexpected turning points waiting for her, which might never have happened if she had stood it in jazz school. “I look back and thank the department head who kicked me out,” she says with a wry smile. “Even though he was a jerk, he was probably right.”