EToro, one of the leading crypto money platforms, announced the best cryptocurrencies of the past month with the list it published. With the data prepared by the EToro analyst, the winners and disgraced of the month were revealed.

According to data released by EToro analyst Simon Peters, the best cryptocurrencies of September 2020 have been announced. Simon Peters underlined that despite the fall in trade volume and prices in September, the cryptocurrency industry is in good shape in the long term. Stating that each cryptocurrency showed a positive chart throughout 2020, the analyst said that the current situation is much brighter than 2019. 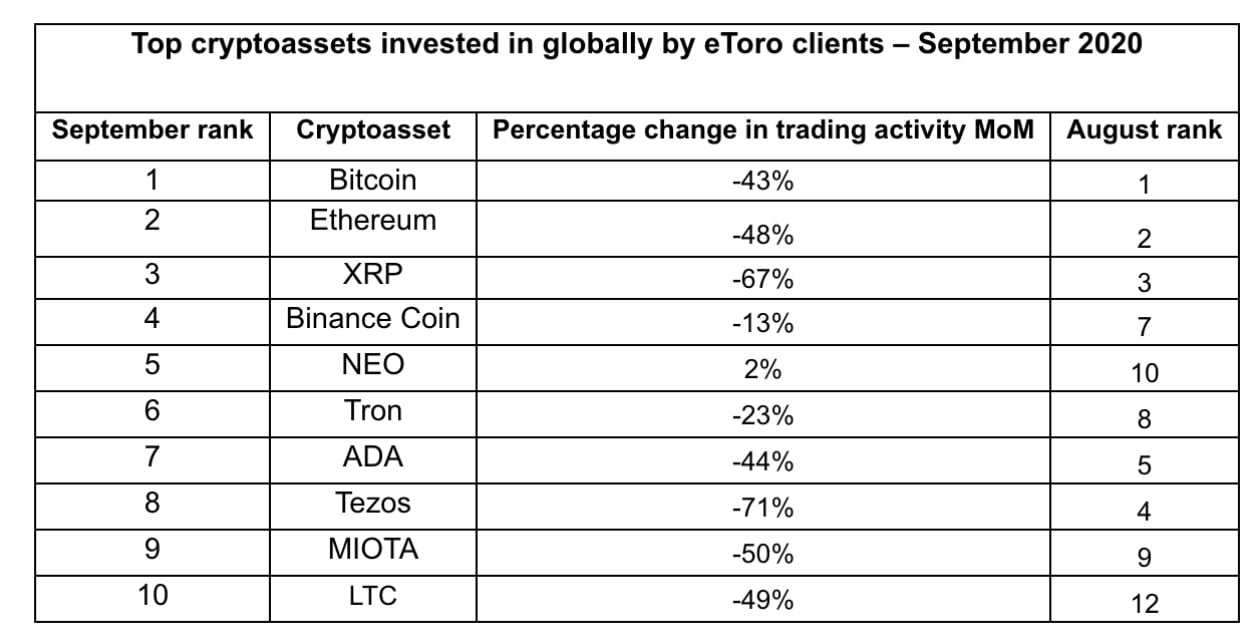 Simon Peters, one of the EToro analysts, stated that this decrease in trade volume and even in prices; He claimed that it was triggered by the investor’s desire to obtain cash before entering the 4th quarter of the year.

In September, with the impact of trade volumes and decreases in prices, dark clouds dominated the cryptocurrency industry in general. Ripple (XRP) and Tezos (XTZ) were the two most affected by these clouds, according to Peters. Analyst; NEO believes Binance Coin and Tron are doing a little better this month. Analyst Peters announced that he expects an increase in Tron and Cardano’s activities as well.

Stating that there is a positive forward for the cryptocurrency world despite September, Peters stated that there are positive on-chain signals especially for Bitcoin. According to Peters, trading activities may pick up as the price volatility breaks the stable chain and increases slightly in September.

Suga an emotional message to RM on his birthday

The world is in shock! Oxford vaccine volunteer dies

How Joaquin Phoenix Celebrated After Winning the Oscar

US Rep. senator says he was ‘attacked by angry mob ‘