Home Crypto Ethereum Wind Does Not Stop! Here Is The New Value 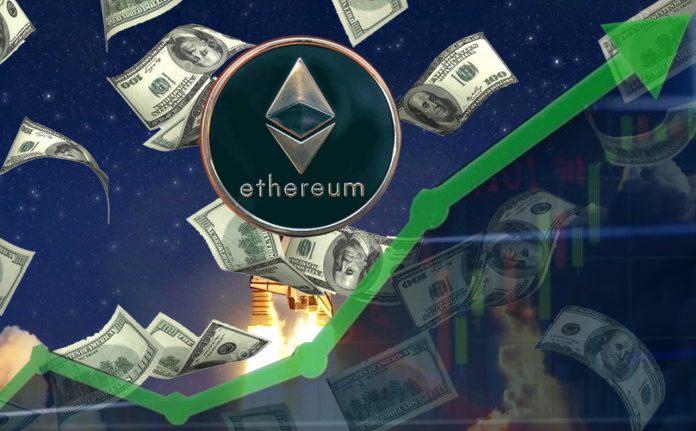 At noon, that is, during the hours we wrote the news, the Ethereum value has exceeded the limit of 3,900. In short, the crypto money, also known as ether, continues its movement in the band of 3,800 and 3,900 dollars.

Ethereum has stood out among the three driving cryptocurrencies in recent weeks. The coin gained action with its update schedule known as ETH 2.0. In fact, this update will take about two years. However, crypto money seems to have attracted investors who think long-term.

Although the bitcoin price broke records in April, it later dropped to the level of $ 43,000. However, the locomotive of the market managed to regroup. Crypto money has gained momentum since the evening of May 8.

At midnight, the Bitcoin price reached a value of 59 thousand dollars. Crypto money, which has remained in the 52-55 thousand band for weeks, has also turned its course upwards. Despite this upward reversal, the Bitcoin price dropped to $ 58,000 again as of noon today.

The price of BNB, the moving crypto money of the last weeks, rose up to $ 680 during the day. At the noon of the news, the price of BNB rose to $ 677. The highest value of crypto money reached so far was $ 680. According to experts, there is a possibility that BNB, the number three crypto currency in the market, will soon exceed the $ 700 mark.

The total market cap of Dogecoin is currently around $ 69 billion. The winner, Bitcoin, crossed the $ 1 trillion mark at the beginning of the year. Ethereum, on the other hand, reached a value of 458 billion dollars with its latest movements. BNB market value is at the 100 billion mark.

This news was written to analyze the daily movement of the market. Statements in the news are not investment advice.