Ethereum (ETH) miners earned $ 1 million in revenue in about 1 hour, with the huge impact of the token UNI issued by Uniswap. But such a gain has once again brought to light the problems of Ethereum’s extreme transaction costs.

Ethereum miners’ earnings saw one of the highest recorded in 1 hour, according to data from the cryptocurrency analysis platform Glassnode. ETH miners made a record earning reaching $ 938k per hour. Glassnode, revealing the incredible earnings of Ethereum miners with the graphic published on social media, also touched on the effect of Uniswap’s UNI announcement. 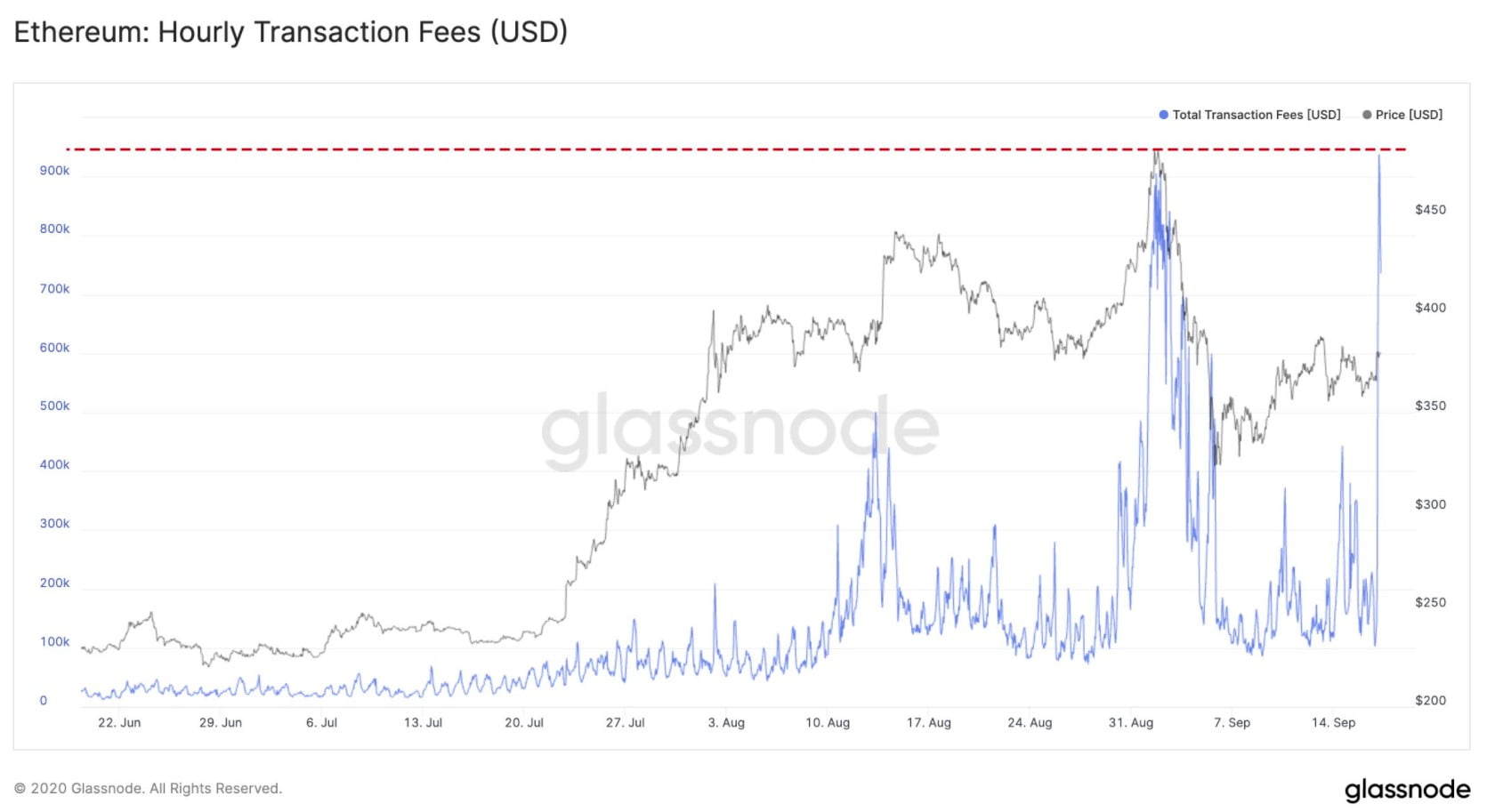 The Impact of the UNI Token is Big

This record-high gain for Ethereum miners came right after Uniswap Protocol, one of the most popular DeFi platforms, launched the new token UNI, and many cryptocurrency exchanges listed their tokens. Binance, KuCoin, OKEx and Huobi are just a few of the exchanges listing UNI tokens.

Uniswap brought thousands of dollars to its users with an airdrop it organized after launching its own cryptocurrency, UNI. It distributed 400 UNI tokens to anyone who traded on the Uniswap platform before September 1. According to data from Coingecko, 1 UNI token is currently trading at $ 2.55 in the market. UNI is already in the top 100 on the list of most valuable cryptocurrencies with a market value of over $ 142 million.

The popularity of models such as the DeFi trend and yield farming undoubtedly had both positive and negative consequences for Ethereum. As of the current picture, sustainability and scalability issues have started to arise for the Ethereum network.

Ethereum’s availability to regular users has been severely shaken, with ETH miners being financially encouraged to choose only the highest-paid transactions. At the same time, low-fee transactions are accumulating in such a system, continuing to inflate the ETH base.

‘Kingdom’ could have a third season and this would be its...