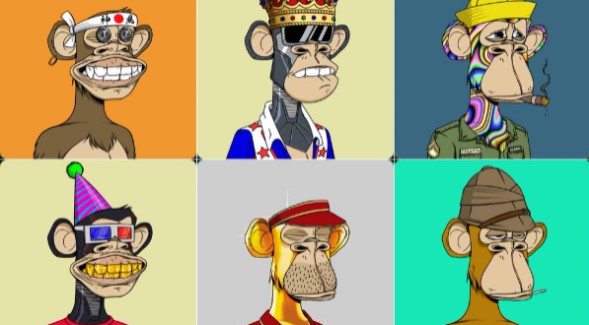 Buterin, who came to the agenda with his harsh statements from time to time, is on the agenda this time with his comments about Bored Apet NFTs. Ethereum (ETH) co-founder Vitalik Buterin said in an interview with TIME Magazine that Bored Ape NFTs are a game genre.

We can easily say that almost all the hype in the crypto money ecosystem has been in the field of NFT lately. In fact, we can state that some projects particularly stand out in this field, and Bored Ape Yacht Club (BAYC) NFTs seem to be at the forefront of these collections.

However, judging by Buterin’s statements, the popular name does not particularly welcome the huge increase in the prices of BAYC NFTs. “The danger is you have this $3 million monkey and it becomes a different kind of game,” Buterin told TIME. used his words.

Additionally, last week, Yuga Labs, the company behind the collection, announced the launch of the long-awaited APECoin, which actually added to the hype.

APE has also become a hot topic as it is airdropped to people who have the Bored Ape NFT. In addition, large volatile movements in the APE price have also made the cryptocurrency a hot topic for the past few days.

In addition, as it is known, Buterin did not remain neutral in the war between Ukraine and Russia and expressed that he is one of the biggest supporters of Ukraine. In his statements on the subject, Buterin used the following words:

“The situation in the last three weeks; It reminded many people in the crypto space that the purpose of crypto is not to play games with pictures of million dollar monkeys, but to use cryptos to achieve meaningful things in the real world.”

In addition, Buterin expressed his desire to take more risks and be more neutral for the rest of the year. Finally, Buterin said, “I would rather Ethereum offend some people than turn into something meaningless.” used his words.

This Altcoin Crashed 60 Percent Within Minutes! What’s going on?