Home Crypto Ethereum Falls Below $4,000 Again! Will the Decline Continue? 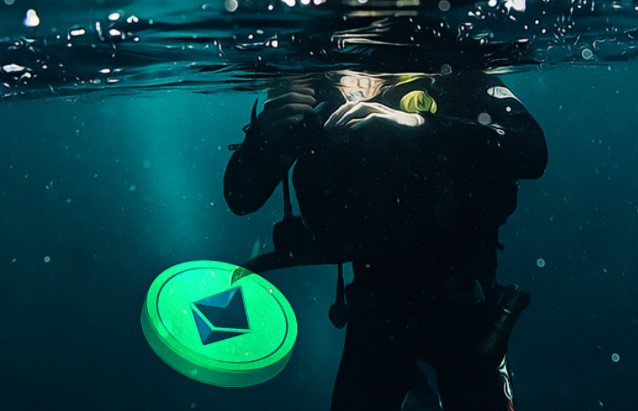 Popular cryptocurrency Ethereum slumped below $4,000 following the drop in Bitcoin and extended the slide below the $3,850 support zone against the US Dollar.

The price is now trading below $4,000 and the 100 hourly simple moving average.

There is a key bearish trend line forming with resistance near $3,800 on the hourly chart of ETH/USD.

The pair could start a fresh increase if it clears the $3,850 resistance zone and the 100 hourly SMA.

Ethereum, the second largest cryptocurrency by market cap, struggled to gain momentum above the $4,000 and $4,050 levels, but failed. In addition, the drop in Bitcoin started a new decline in ETH and pulled the price below the $3,850 support zone.

However, the popular cryptocurrency Ethereum continues to consolidate losses currently above the $3,700 level.

A close above the $3,920 level could result in a steady rise in Ethereum price in the near term. In the stated case, the price could even surpass the $4,000 resistance in the near term and continue higher towards the $4,150 level.

If Ethereum fails to start a fresh increase above the $3,920 level, it could extend its decline further. An initial support on the downside is near the $3,700 level, while a key support is currently forming near the $3,660 level.

Hourly MACD – The MACD for ETH/USD is gaining momentum in the bearish zone.

Hourly RSI – The RSI for ETH/USD is below the 50 level.

Analyst: Get Ready! AVAX and These 3 Altcoins Will Fever