Home Crypto Ethereum (ETH) Price Forecast: what will happen by the end of April? 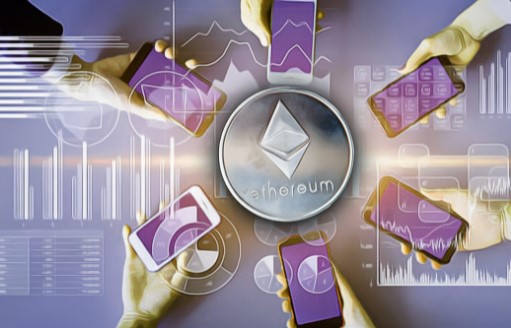 Experts make price forecasts for higher levels for Ethereum (ETH), which has moved to higher levels thanks to the development of its network and the projects it supports. Many analysts predict that by the end of this month it will reach $4,000 per ETH.

In addition, according to Google Trends, the Ethereum network update called Merge has been on the list of the most popular search queries on Google since April 2. This update is called ETH 2.0, and it is expected that with it the Ethereum network will provide a complete transition from Proof-of-Work (PoW) to Proof-of-Stake (PoS). Although these events haven’t happened yet, even the announcement was enough for ETH to reach $3,500.

In addition, with this merger, the authorities also plan to reduce the rate of ETH issuance. Consequently, this causes an increase in supply to the total amount of ETH in circulation. When mining PoW, it is also seen that the supply of ETH increases by 3% every year. However, despite this, the downward trend in the supply of ETH on crypto exchanges continues.

Experts state that the net total reserves of ETH on all exchanges are at the lowest level since August 2018. However, investors seem to have withdrawn both ETH shares and shares in DeFi’s liquidity pools. But beyond that, the data also shows that the number of wallets containing ETH is increasing. Although the increase in the number of wallets does not directly affect the price of ETH in the short term, experts say that this is the most positive step for the adoption of the corresponding altcoin in the long term.

On the other hand, with technical analysis, it seems possible that by the end of April, the price of ETH will reach 4000. A pattern called a symmetrical triangle is a price movement after a sharp uptrend or downtrend, followed by an opposite movement, and then consolidation.

Analysts state that after a downtrend, Ethereum will grow and consolidate, that is, it will form a symmetrical triangle. If this scenario is realized, the price can form a symmetrical triangular pattern after the trend breakdown and follow another pattern called the continuation pattern. Technical analysts Robert Edwards and John Magee also note that about 25% of all breakouts of the symmetrical triangle lead to reversals, which means that the price did not break in the direction of the previous trend and, therefore, expectations were not met.

The current Ethereum breakout seems to be directed upwards, not downwards like its previous trends. Therefore, analysts emphasize that the other, bullish edge of the symmetrical triangle may be the right time for ETH.

Analyst Scared: Bitcoin Price Could Crash At These Levels!