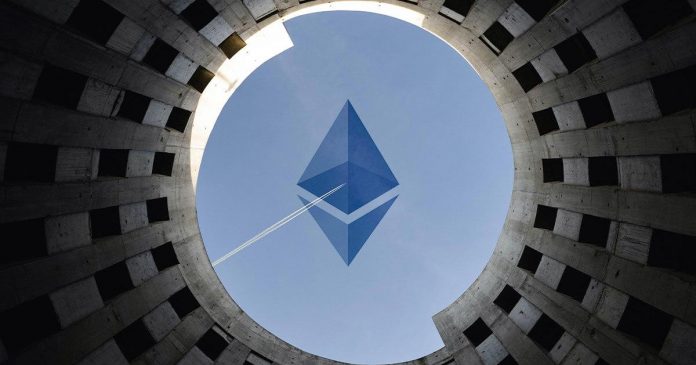 Ethereum: The daily issuance of Ethereum, the world’s second-largest crypto-asset, turned negative for the first time since the Ethereum network’s EIP-1559 update.

You can follow us on our Twitter and Telegram channel to be instantly informed about the last minute developments.
The Block’s Data Dashboard showed that the daily net ETH supply on September 3 was -333, which turned negative about 30 days after the EIP-1559 update was activated on August 5.

The update changed Ethereum’s monetary policy by burning some of the transaction fees that previously belonged to Ethereum miners with each new block, in an effort to alleviate fees for network users.

Since the update was activated, about 193,000 ETH, worth more than $700 million at the current ETH price, have been burned.

You may be interested: World Famous Player Announces Investing in Ethereum (ETH)
Block’s Dashboard also shows that the amount of ETH burned on September 3 was 13,840, surpassing 13,507 ETH newly minted as block subsidies during the same period.

Since August 5, daily ETH issuance has been in a deflationary trend. Although Ethereum’s mining revenue managed to hold on to the dollar in August, this was mainly due to the price increase in ETH and increased on-chain activity associated with the NFT market.

Transaction fees collected by Ethereum miners in August dropped from 90,000 ETH in July to just over 66,159 ETH, with more than 170,000 ETH burned in the past month.

According to publicly available data, around 15% of the ETH burned for August was transaction fees associated with on-chain activities on the NFT marketplace Opensea.

Chainlink CEO: DeFi Ecosystem Could Increase To $ 1 Trillion Next...

XRP and These 4 Altcoins Could Deliver 10x Returns