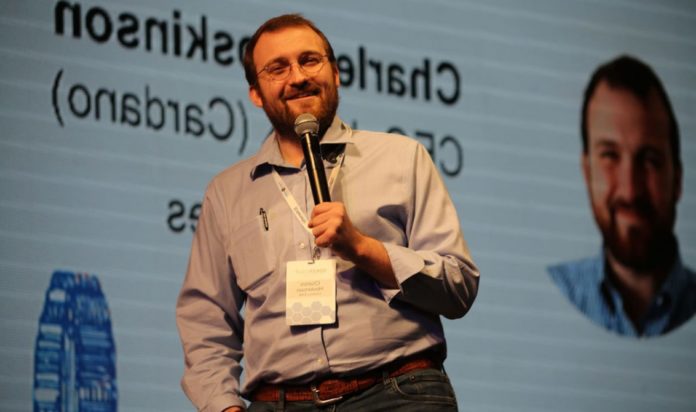 In an interview with CoinTelegraph, Hoskinson listed these cryptocurrency projects as follows:

Ergo: “One of the most revolutionary cryptocurrencies ever made,” said. Hoskinson for Ergo. Ergo was founded by Hoskinson’s “favorite technologist” Alex Chepurnoy. Chepurnoy is also one of the names contributing to the development of Cardano.

Zcash: Hoskinson respects Zcash, a privacy-focused cryptocurrency that allows both transparent and private transactions, and the team’s work associated with zero proof of knowledge.

StarkWare: “These are great and incredibly smart people,” says Hoskinson, who admires the scaling efforts of StarkWare. The company was founded by Eli Ben Sasson, one of the founding science islands of Zcash. They aim to provide scalability on the chain by using zero proof of knowledge.

Lightning Labs: Hoskinson uses “I have a lot of respect for them” for Lightning Labs, which is developing second-tier solutions for the Bitcoin network. Lightning Labs is committed to providing users with a more efficient way of sending and receiving money than ever before.

Dash: Emphasizing that he loves Dash community very much, Hoskinson said, “They are one of the first teams to showcase the power of a cryptocurrency treasure.” says. Dash is another project that focuses on privacy on Hoskinson’s list.

Tezos: For Tezos “I really don’t like their community very much because they are very toxic and negative to us.” Hoskinson stated that he respected Tezos’s basil and technology.

Algorand: Another favorite cryptocurrency project from Hoskinson is Algorand, a proof-of-stake project founded by the Turing award-winning Silvio Micali. The main goal of the project is to create a transparent system where all users can achieve success through decentralization.

Basic Attention Token: Hoskinson recently mentioned Basic Attention Token. Cardano founder stated that the growth curve and adoption of BAT is extraordinary. As is known, BAT is the cryptocurrency of the Brave browser. Users are rewarded with this cryptocurrency by watching ads in Brave. The project was created by Brendan Eich, the creator of JavaScript and the founder of the Mozilla project. Hoskinson believes that BAT has the potential to disrupt the “cartels” that control online advertising.