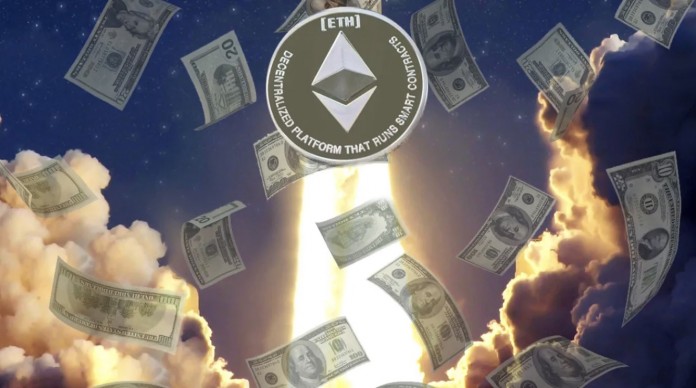 Ethereum, the second largest cryptocurrency, has reached an all-time high by setting a new record.

The activity in the cryptocurrency market continues at full speed. This activity, which has increased with the rise of popular crypto assets such as Bitcoin and Ethereum, also pleases those who invest in this field.

Finally, Ethereum, which is the second largest cryptocurrency, has achieved success with its last move today, after long record attempts. Cryptocurrency has reached an all-time high as of now.

Ethereum climbed to the levels of $ 4 thousand 477

While Bitcoin, the largest crypto currency, has been trading at $ 63 thousand in recent days, Ethereum also made its investors very happy with the latest development today. Cryptocurrency has recently managed to reach an all-time high, reaching as high as $ 4,477. The altcoin is currently trading at $ 4 thousand 470.

As it will be remembered, Ethereum reached an all-time high value by climbing up to $ 4,305 in May. However, later on, the arrows turned down and the decline began due to many events in the crypto money market, as well as external factors such as Elon Musk.

The altcoin, which saw the bottom only 10 days after breaking the all-time record, hovered between 1,700 and 2,500 dollars for a while. Towards the middle of June, the arrows turned up again and other cryptocurrencies, especially Bitcoin and Ethereum, started to rise.

However, Ethereum reached the level of $ 4,400 on October 29, equaling the record $ 4,305 achieved in May. In addition, other altcoins also moved upwards in the same direction.

Finally, analysts of Goldman Sachs, a multinational US investment bank, also made a pleasing prediction about Ethereum. According to analysts, the altcoin will double its value by rising above $ 8,000 before the end of 2021.

So what do you think about this subject? Can Ethereum continue its recent uptrend and rise above $8,000? You can share your views with us in the comments section.

Dead altcoins have passed 1700: here are the most famous coins!