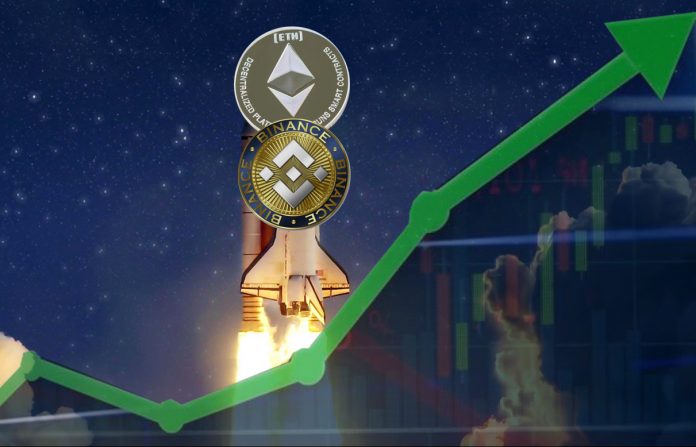 Ethereum and BNB. The two biggest of the cryptocurrency market continue to gain in value against Bitcoin. Ethereum price broke the record on record and is trying to break $ 3,000. BNB price exceeded the $ 600 limit and broke a record during the day.

Bitcoin is stagnant, Ethereum and BNB price delighted its investors

The movement in Ethereum and BNB in ​​the last month has delighted investors. Although April was a nightmare for Bitcoin investors, ETH and BNB were not affected.

With BNB’s 15th burn in April, its price rose to over $ 500. Ethereum, on the other hand, took a good wind with the long-awaited news of the 2.0 network update. Before this update news, the crypto money had managed to exceed the 2 thousand dollar limit.

The cryptocurrency market has moved upward with the wind of the second and third largest virtual currencies. According to experts, the stable movement of Bitcoin has a large share in the greening of the market.

What is the Ethereum 2.0 update?

The Etherium 2.0 update, which will make the cryptocurrency network faster and more stable, is currently not active. However, investors can contribute to this update by staking Ethereum assets in their possession. Stake means locking an existing asset for a project and leaving it out of use for a while. At the end of the update, Ethereum will return these locked funds to users.

Again, as a result of this staking process, the Ethereum team also announced that some awards will be distributed. As a reward, the team will give users a token called BETH, according to the amount of stake. The token, which will have the same value as Ethereum, can be replaced with Ethereum at the end of the update.

With the update, the network will become more reliable and work faster. However, it is a matter of curiosity whether the update will lower the high commission fees of the Ethereum network. Using the ETH 20 network, the crypto money has been criticized for its high commission fees. Again, cryptocurrency miners earn very little Ethereum despite high costs. It is expected that the update will bring a solution to all these problems.