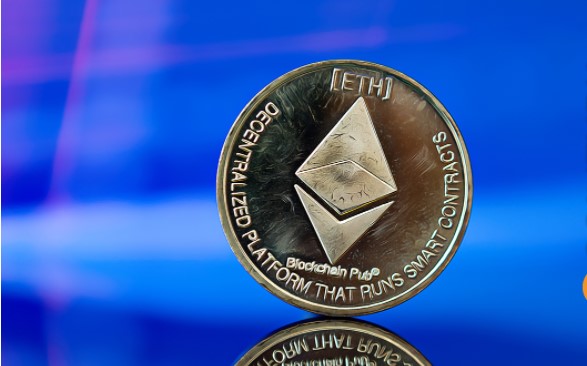 2021 was undoubtedly revolutionary for cryptocurrencies, especially as decentralized finance (DeFi) and non-fungible tokens (NFT) emerged as the mainstream. However, good times don’t last forever. And many experts fear that this year will not be so lucrative for investors, saying signs of slowdown are evident.

The Future of Ethereum!

According to IntoTheBlock analyst Lucas Outumuro, the utility of Ethereum could be a saving grace in this scenario. In his latest report, he highlighted that the number of transactions of the smart contract platform is gradually losing its relevance to the price action of ETH. This means that the network and ETH are used regardless of where the price is going.

This was not the case during the 2018 crypto crash, where the number of transactions fell sharply along with the price.

The steady stream of transactions can be attributed to the DeFi summer of 2020, with the rise in popularity of web3 and NFT platforms last year. In fact, most of them are built on Ethereum’s Layer 1.

A similar trend can be seen in the number of daily active addresses on the Ethereum network. After the price drop, it fell sharply in early 2018. However, it remained stable despite the bloodbath in May 2021. In addition, Ethereum’s non-zero addresses also hit an all-time high recently. This confirms that hopeful investors are on the rise. The future of Ethereum does not look bad in light of all this data.

Another factor that turned the tide in Ethereum’s favor last year was the implementation of a fee burn (system that burns some of the transaction fees) mechanism via EIP-1559. Since then, more than 1.55 million ETH worth about $4.8 billion have been burned in an attempt to turn the digital asset deflationist.

In addition, the inflation rate also fell below Bitcoin. Traditionally, Bitcoin is considered an inflation hedge due to its limited supply cap.

In the report, Outumuro argued that the NFT craze is pushing the viability of Ethereum to higher levels. While Ethereum-based NFT marketplace OpenSea processes millions of dollars in transactions over and over every week, the emergence of new platforms like LookRare, which is already taking the market by storm, is only adding to the enthusiasm.

In a recent report, JPMorgan said:

“With NFTs being the fastest growing universe in the crypto ecosystem, Ethereum’s share in the NFT space may be more important for future valuation than its share in the DeFi space.”

Regardless of its uptrend, Ethereum’s constant congestion issues dampen its success. In its report, Outumuro stated that the slight decrease in the network’s transaction count over the past year can be attributed to the emergence of layer2 scaling solutions. For example, Arbitrum and Optimism cost significantly less than Ethereum.

Many analysts say that the price could quickly exceed $ 5,000 during the new bull season this year.