Home Celebrity Ethan Klein Claims That White Supremacists Are to Blame For His Ban... 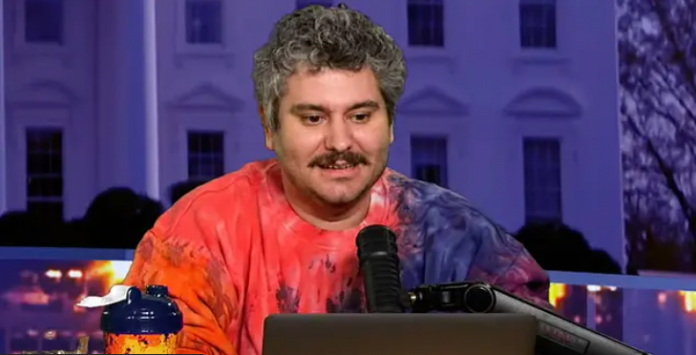 Ethan Klein of H3H3 Productions received a one-week suspension on YouTube and accused “white supremacists” of successfully lobbying the platform to earn him a ban for anti-Semitism.

Klein, who is Jewish himself, often had disagreements with names on the Internet, especially when he entered political ground and discussed global social problems.

During an episode of his Leftovers podcast with Twitch streamer Hassan “HasanAbi” Piper, Klein said he “hopes Ben [Shapiro] will be gassed first” if there is another Holocaust, later stating that it was a “joke” against the Daily. Wired reporter.

After massive appeals from shocked viewers, Klein was suspended from the platform for one week and took to Twitter to express his disappointment.

“Several white supremacists successfully lobbied YouTube to suspend me, a Jew with dual Israeli and US citizenship, for anti—Semitism,” he said. “Ben Shapiro and his friends can signal virtue all they want, but, ultimately, they are the ones who come out with dangerous anti-Semites. All I did was point it out.”

A few white supremacists successfully lobbied YouTube to suspend me, a Jewish dual citizen of Israel & USA, for anti-semitism. Ben Shapiro & friends can virtue signal all they want but ultimately they are the ones platforming dangerous anti-semites. All I did was point it out.

He continued: “The people reporting me, with the exception of Ben, are white Christian nationalists carrying a tiki torch. They don’t care about anti-Semitism or the Jewish people. They revel in the fact that YouTube and other institutions are so quick to act out of bad faith and malicious outrage.

“They are currently the biggest beneficiaries of the abolition of culture, identity politics and moral outrage. It is incredible that they have become a party of “freedom of speech”, condemning and lobbying my platformlessness.”

Our current lawsuits with Ryan Kavanaugh seeks to accomplish the same. I will not back down or be silenced by bad faith provocateurs. I make no apology. As Ben Shapiro says, facts don’t care about your feelings. If only he meant it.

Shapiro responded to Klein’s ban by stating that he “doesn’t think Ethan Klein should be suspended from YouTube for his terrible garbage,” but that he “won’t shed tears for a man who regularly deals with canceling others.”

I don't believe that Ethan Klein should be suspended from YouTube for his awful garbage. But I'll shed no tears for a person who has routinely engaged in cancellation of others. World's smallest violin. pic.twitter.com/sjemJpHevQ

Klein apologized to fans of the podcast, saying he “hates that we’re missing a week of the show because of another stupid joke,” but confirmed that another episode will air live on Friday, October 28, Halloween.

Justin Bieber is shirtless to show off his many tattoos!