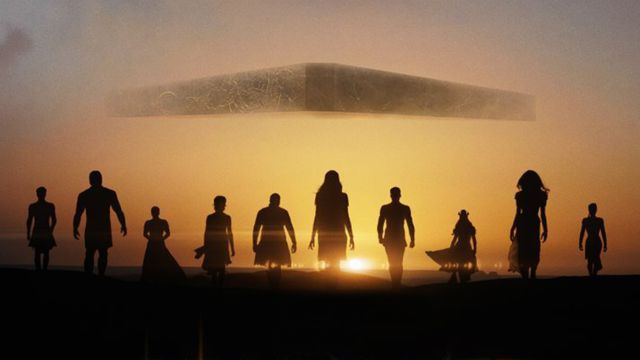 Eternals: We review the main references of the new Marvel Studios Eternals trailer to the UCM, as well as some details that have gone unnoticed. Eternals, one of the upcoming Marvel Studios films as part of Phase 4 of the MCU, recently surprised fans with an impressive new trailer featuring this new group of galactic superheroes as part of the Marvel Cinematic Universe, a race of humans. evolved that have remained in the shadows until now. And how could it be otherwise, the trailer has left us numerous references to the UCM and winks to the universe of the Eternals that we review below.

All the secrets of the Eternals trailer

Will it be explained in the film why the Eternals did not act during Thanos’ attack on Earth, both in Avengers Infinity War and in Avengers Endgame? Be that as it may, the film is expected to resolve all doubts about the passage and presence of the Eternals on Earth. Meanwhile, let’s see what winks the trailer hides; and we start with a couple of references to Captain America through Steve Rogers’ shield, first when we see Thena practicing his sword skills and a warrior appears with a shield design inspired by Captain America’s.

Cap’s other shield appears aboard Kingo’s private plane, in the background among various objects, with the original design of Captain America’s shield; Perhaps it is a collector’s item from the Eternal? We move on to the villains of the film, the Deviants; many wonder why they do not appear in the trailer. Although in reality they do appear in a couple of sequences, albeit briefly. In one of the scenes in which Gilgamesh extends his hand, we see in the background what appears to be the body of one of these monstrous beings.

In another scene we see Kingo confronting another of these creatures in a forest, a figure that many mistook for a wild animal. On the other hand, there are many who expected to see Black Knight with his appearance from the comics; At the moment he has not appeared with this aspect, although he is shown on screen with the civil aspect of him in the skin of actor Kit Harington (Game of Thrones).

Finally, the most obvious wink takes place in the final scene of the trailer in which we see the Eternals gathered at a table, a scene in which they name the Avengers wondering who could lead them now after the absence of Iron Man and Steve Rogers, giving us to understand that part of the film will take place after the events of Avengers Endgame and, most likely, with Sam Wilson already as the new Captain America after the end of the Falcon and the Winter Soldier series.

Emily in Paris: Season 2 of The Netflix Series Begins Filming