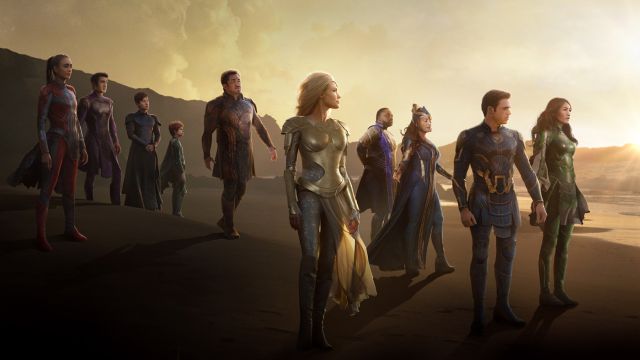 Eternals: The next Marvel Studios film presents a new action-packed trailer with previously seen scenes and new ones: the MCU debuts at a film festival. Eternals, the next Marvel Studios film that will hit theaters on November 5, 2021, presents a new and spectacular teaser trailer, a new video clip of just 30 seconds with scenes already seen from previous previews and other totally unpublished with action in abundance. In addition, the presence of the new film by the Oscar-winning director Chloé Zhao is confirmed at the next Rome Film Festival.

The UCM debuts at a film festival

Thus, and through the new teaser that you can see below entitled Team, we can see a good part of the components of the Eternals in action, either fighting the Deviants or preventing a tragedy by trying to stop the explosion of an erupting volcano. As a detail, we also see Kingo speaking to the camera that follows him everywhere (a clear nod to the comics and we will see how it is justified in the film) and Sersi using his powers of manipulation of matter.

On the other hand, the presence of Eternals is confirmed at the next Rome Film Festival, becoming the first Marvel Studios film to debut at a film festival, thus vindicating the new style that its Oscar-winning director for Nomadland has wanted to print. to this new superhero movie. The debut in Italy will take place on October 24, almost two weeks before its world premiere.

Marvel Studios Eternals introduces us to an exciting new team of superheroes in the Marvel Cinematic Universe, ancient aliens who have been living on Earth in secret for thousands of years. After the events of Avengers: Endgame, an unexpected tragedy forces them to come out of the shadows to meet against humanity’s oldest enemy, The Deviants ”, we can read in their official synopsis.

Eternals opens in theaters on November 5, 2021.

These Are The GOTY Of The Golden Joystick Awards 2021: List...