Home Entertainment Eternals is “very diverse and a different Marvel movie,” According to Salma... 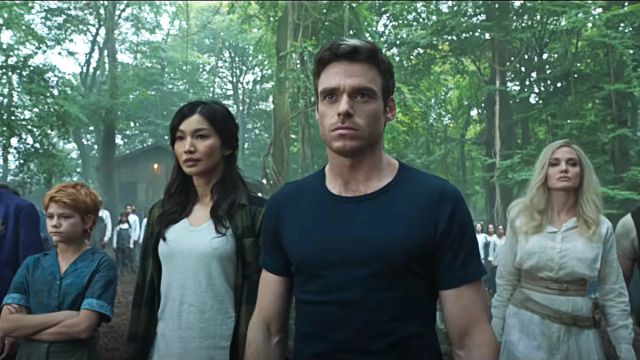 Eternals: The Mexican actress talks about the diversity of the Eternals group of characters, as well as the pride of being alongside the first black director with an Oscar.The next premiere to take into account in cinemas by Marvel Studios is Eternals, whose latest trailer we have recently enjoyed, and which has a cast of authentic luxury to play this plethora of heroes. Among them are Richard Madden, Kit Harington -Rob Stark and Jon Snow, respectively, in Game of Thrones-, Angelina Jolie and Salma Hayek, considering the actress of Mexican origin “a miracle” to put herself in the shoes of the healer Ajak. In a recent interview, Hayek has spoken of this as “a completely diverse and very different Marvel movie” from what we’ve seen so far.

“It’s a shock, it’s more than cool, I think it’s a miracle,” Hayek said in the interview on The Kelly Clarkson Show, the television show run by the popular former singer and now host. “I love it, and I think it’s a completely diverse Marvel movie and very different from the others.” Meanwhile, she claims to be “super proud” to participate in a film that has the direction of the second woman to achieve an Oscar for best director -after Katheryn Bigalow-, first black, as is Chloe Zhao, behind the cameras of the award-winning Nomadland.

In fact, Zhao was one of the reasons why Hayek got involved in the project, since when Marvel contacted her, she assumed that it would be a “grandmother” role. However, the participation of the director encouraged Salma Hayek to have a meeting and finally accept the role of her.

Salma Hayek does not speak in vain of diversity, and also of inclusion, since in fact, among this group is Phastos, played by Brian Tyree Henry, the first openly homosexual Marvel hero. Also, one of the Eternals is Makkari -Lauren Ridoff-, the first deaf hero.

“That impressed me, how diverse the cast and leads were,” Zhao said at the time. “Not only in terms of gender, race or age, but in general we can see the desire to reflect the world we live in, as much as possible. That is great, but for me the most important thing is to be able to tell a story and create characters as individual as possible, and show what is really under the surface of what they seem and appear “.

Eternals will be released in theaters soon, specifically on November 5.