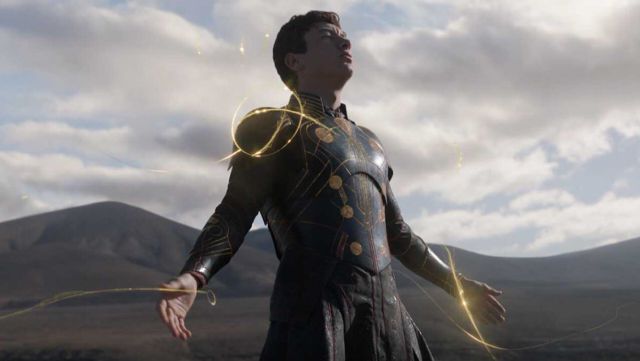 Eternals: Don’t miss this exclusive clip from the upcoming Marvel Studios movie with an extended scene of a showdown between the Eternals and the Deviants. Eternals, the new Marvel Studios film that will hit theaters on November 5, 2021, promises tremendous confrontations between the new group of cosmic superheroes from the MCU and the Deviants, an extremely dangerous alien race that has been hidden for millennia in the earth. And each time they have awakened, they have seen faces with the Eternals, a race of warriors that can only act against any threat from these otherworldly creatures. And good proof of this is the exclusive scene that we bring you today and that you can see heading this news.

The Eternals face the Deviants

Thus, this new extended scene of several cuts already seen in the different Eternals previews, shows us more footage of one of the confrontations between several of this group of cosmic heroes and the Deviants, thus demonstrating their rapport by combining their different powers and abilities to repel the stakes of such powerful beasts. Of course, the different battles between the Eternals and their nemesis promise to be quite a visual spectacle. Along with this new exclusive footage we also offer you a new poster that you can see at the end of this news. We leave you with the official synopsis of Eternals.

“Marvel Studios Eternals welcomes an exciting new team of superheroes to the Marvel Cinematic Universe. The story, spanning thousands of years, features a group of immortal heroes forced out of the shadows to rally against humanity’s oldest enemy, The Deviants. ”

The cast includes Richard Madden as the almighty Ikaris; Gemma Chan as Sersi, the lover of humanity; Kumail Nanjiani as Kingo, with cosmic powers; Lauren Ridloff as the super-fast Makkari; Brian Tyree Henry as the clever inventor Phastos; Salma Hayek as the wise and spiritual leader Ajak; Lia McHugh as the eternally young but old-soul Goblin; Don Lee as the mighty Gilgamesh; Barry Keoghan as the distant and lonely Druig; and Angelina Jolie as the fierce warrior Thena. Kit Harington plays Dane Whitman. The film, directed by award-winning Chloé Zhao, opens in theaters on November 5, 2021.

The Apple TV Plus series with Jason Momoa is coming to...