Home Entertainment Eternals Had A “Very Bleak” Alternative Ending, According To Its Director 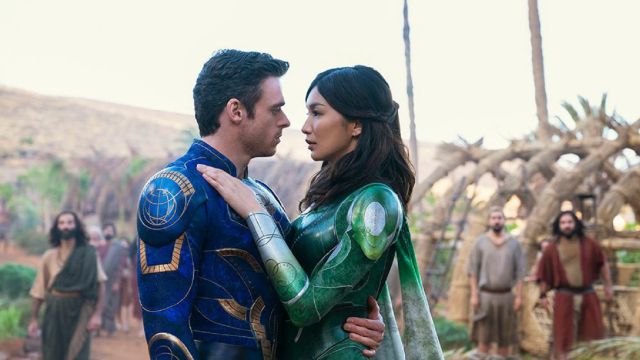 Eternals: Chloé Zhao, director of Eternals, explains that the film featured an alternate ending that was quite different in tone from what we saw in the final version. Eternals has been one of the films of the Marvel Cinematic Universe that has left us this 2021. The group of Eternals, an immortal race that will be key in the future, had a different outcome than we saw in the final version. This was revealed by Chloé Zhao, director and one of the film’s screenwriters.

This was the alternative ending “bleak” of Eternals

“We had an ending that was very bleak. Sad. I didn’t hate it, because I’m used to more melancholic movies. But I don’t think it was well received by the audience ”, reveals Zhao in an interview with Empire magazine. “It would kill everyone back on the ship, their minds would be erased, and they would just go to another planet, like The Twilight Zone.”

Zhoe also shared the following moments among those who had the privilege of seeing the end. “I remember when it was over, everyone was like ‘I don’t know what to do.’ Also, it’s the MCU, you always want to be excited for what’s to come, ”she explains.

The director states that this process is common when editing a film. “I have never made a movie with the ending that I wrote. You find it in the edition. […] I don’t think I have made a single film where the beginning and the end remain the same as in the script, simply because the scenes flow during filming ”, she concludes.

” “Eternals is a superhero movie that sometimes tries not to look like it. It deals with deep, dense subjects; It tells you about the psyche of its protagonists, eager to tell you their story. Chloé Zhao has not given up contemplative scenes or dedicating minutes to purely recreational situations ”. You can read the full review through this link.

Star Wars: The Book Of Boba Fett, When Will Each Episode...