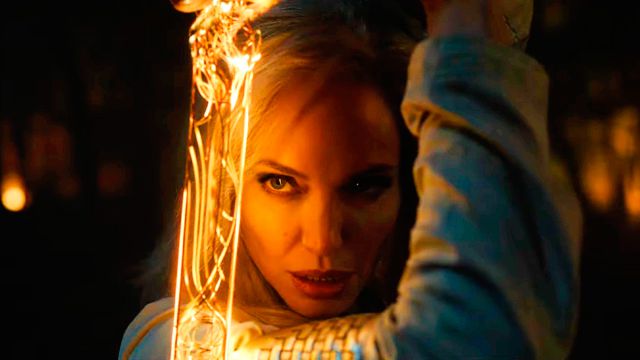 Eternals: Marvel Studios shares a new video trailer of their upcoming movie releases showing scenes from the Eternals for the first time: “See you at the movies.”We can already enjoy the first scenes of Eternals, one of the next Marvel Studios films that is scheduled to premiere on November 5 of this year 2021 and of which we had not yet seen anything beyond different leaks of conceptual arts and mechandising . This is how Marvel Studios has shared it through a new trailer that you can see at the top of this news and in which the upcoming film releases are also shown along with some unpublished logos so far.

This is the title of this new Marvel Studios trailer, a preview of what is to come at the premiere level until 2023, including new titles and official logos of some of the new projects recently announced. Starting with Black Panther: Wakanda Forever and The Marvels, the new official titles for Black Panther 2 and Captain Marvel 2, respectively. The title of the new Captain Marvel movie makes direct reference to the superheroines that we will see, including Monica Rambeau from WandaVision and Ms. Marvel from her own series, of which we have already seen her final costume.

Likewise, the logos of these new films have been published along with Ant-Man and the Wasp: Quantumania and Guardians of the Galaxy Vol. 3, the latter two, also confirming their final release dates, February 17, 2023 and 5 May 2023, respectively. As we see, a lot of information from a 3-minute trailer that closes with the already known logo of Fantastic Four, one of the most anticipated films of the UCM that for now still has no release date.

We leave you with the official synopsis of Eternals, whose premiere is scheduled for November 5: “Eternals from Marvel Studios presents a new and exciting team of superheroes in the Marvel Cinematic Universe, ancient aliens who have been living on Earth in secret for thousands of years. Following the events of Avengers: Endgame, an unexpected tragedy forces them to come out of the shadows to rally against humanity’s oldest enemy, the Deviants. “