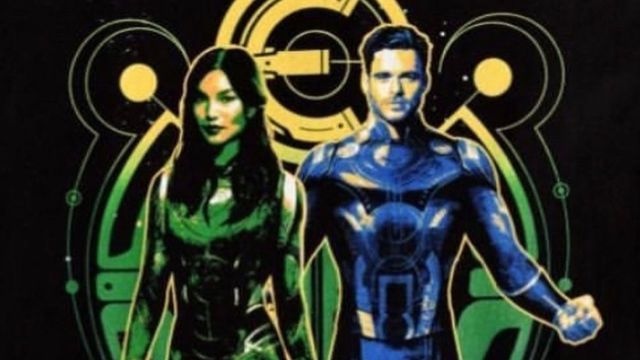 Filtered all the details of the Marvel Studios Eternals through a complete description of all the protagonists along with new images.

Eternals, one of the next Marvel Studios films scheduled for 2021 following the widespread delay of the MCU due to the global coronavirus crisis, continues to offer clues about its universe through new leaks. And this time we are facing the most generous leak in terms of information, since the descriptions of all its protagonists have transcended along with new promotional images of merchandising for the film.

The most complete descriptions of the Eternals

“The Eternals are a race of immortal aliens from a distant planet who came to Earth thousands of years ago to protect humanity from a race of alien predators called Deviants. The Eternals were alerted to the threat of the Deviants by the Celestials, a race of cosmic builders whose footprints are in the very building blocks of life itself. ”

“Symbolizing eons of history traced through calendars and other mysterious ancient technologies, the icon of the Eternals will serve as a subtle nod to the name of these immortal and divine beings.”

“Ikaris is the most powerful tactical leader and Eternal and takes pride in keeping the other Eternals safe. Moral, kind and charismatic, Ikaris boasts the power of incredible force, flight, and the ability to project beams of intense cosmic energy from his eyes. When the monstrous Deviants return after centuries, Ikaris leads the charge to unite the scattered Eternals and stop the new threat. You can bet we’ll have some Ikaris jerseys available too! ”

“Sersi is the Eternal with an affinity for humanity. Sersi is as happy working as a museum curator as she is saving humans from the threat of the Deviants. Sersi has the ability to manipulate matter, changing the composition of any non-sensitive material she touches. She has also been in love with Ikaris for centuries, and helps him recruit the Eternals for one last mission. ”

“Ajak is the spiritual leader of the Eternals. His wisdom has helped guide the team since they came here from their home planet to help defend humanity from the Deviants and to help humans move towards the modern civilization in which they live today. Not only can Ajak heal humans and Eternals alike, he is also capable of communicating with Celestials. “

Outriders has been postponed to April and will have a demo