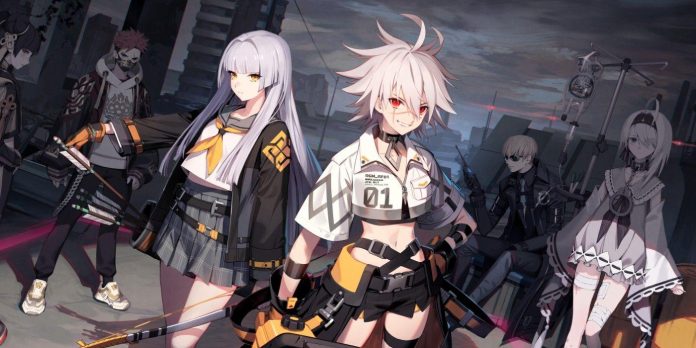 Eternal Return is a survival arena game that combines MOBA gameplay and battle royale. Eternal Return, available on Steam, includes a number of playable characters, sets of skins and maps. Right after the Cobalt Protocol mode update, Seung-hu Kim from Nimble Neuron discussed the game and its future with Screen Rant.

Like many other top MOBA games, Eternal Return offers players a wide selection. Whether it’s characters, battle royale gameplay, or crafting, a lot can be done in the game. The new Cobalt Protocol patch is a 4-on-4 game mode based on dynamic battles. For those who want even more Battle Royale gameplay, there is a lot to get excited about.

Nimble Neuron’s Seung-hu Kim recently discussed Eternal Return with Screen Rant. Topics included what development was like to merge these two genres together, and what inspired the developers to create the game in the first place. And, as in many live games, there are a lot of interesting things waiting for us in the future.

Because Eternal Return combines MOBA gameplay and battle royale. Where did the idea to combine these genres come from?

We started creating Eternal Return because we were intrigued by the worldview and characters of Black Survival. The world and characters were limited to the 2D world, so transferring these aspects to the 3D world meant that players would be able to keep track of what was happening when they played in the Battle Royale format. We also thought it would prove to be an interesting experience for viewers. To convey this experience, we designed the game as a strategy game with an isometric view, as FPS or TPS games are quite limited in terms of field of view. While the skill tree is a key element of strategic gameplay, the original Black Survival is a MOBA-style game. Thus, Eternal Return is a perfect combination of MOBA and battle royale.

Were there any creative difficulties with combining MOBA gameplay and battle royale?

It was difficult to combine elements of crafting, combat and survival. Since there are many elements combined together, it is important to provide a good experience in terms of user interface and UX. Although the game has improved significantly compared to what was in early access, we are still continuing to improve these aspects of the game by collecting community feedback.

To turn the battle royale genre into a MOBA-style game, we had to think carefully about what to take and what not to take from the original system. It took six to seven months to create the key parts of the game during the prototyping period alone. In the end, the rapid launch of the testing phase and the growth together with the community helped us a lot to overcome the difficulties we faced.

How do you think Eternal Return differs from games like Black Survival?

I think the biggest difference is that the original Black Survival was a two-dimensional text format of adventure battles, whereas Eternal Return was adapted for three-dimensional royal battles. Adapting the game to 3D Battle royale allowed us to get a clear idea of how the battle royale is developing, and we were able to make the characters and the world more exciting than before.

There are a lot of characters in Eternal Return. Do any of you have a favorite character? And what do you like most about them?

This is probably the most difficult question to answer. Every character in Eternal Return is cute in their own way. Daniel becomes stronger during the night hours, as there are day and night hours on the battlefield in Eternal Return. Izol can turn fights to his advantage by creating traps. Nadine gets stronger every time a wild animal wins. Sissela recovers her health better, and her skills become more powerful as her health decreases. These are just a few examples of how the unique qualities of each character make them interesting to play. I hope everyone will be able to try out each character and experience their unique characteristics.

There are several different game modes in Eternal Return. Do you have a personal favorite?

Personally, I’ve been liking squads lately, but each mode (solo, duet, squads) is attractive in its own way. Single Player mode allows you to experience and enjoy the skills and qualities that make each character unique, and squads allow you to play out a strategic experience by collaborating with other squad members. Duets are a good combination of solos and squads, so this is the main mode that is used for our esports content.

In addition, a new 4-on-4 game mode called Cobalt Protocol will be available on June 9.

Bethesda should allow Players to Choose between a voiced or silent...