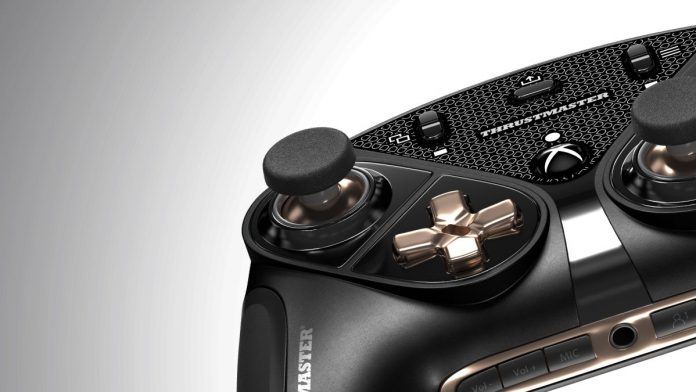 We analyze the new Thrustmaster controller for Xbox Series (compatible with One and PC) that comes with its main features: modular parts and good components.

Thrustmaster is another of the companies that has been in the field of controllers and accessories for PC and console for a long time. At the time we already talked about its control for PS4, highlighting several virtues in the form of its components, modular pieces and other necessities. Now it’s the turn of its version for Xbox Series X | S, a command that is on sale now and that comes with the same hallmarks of the version we tested a few months ago. Thrustmaster’s commitment to offering something that can be molded to the taste of each user is an attraction that is worth knowing. We detail it.

The first thing worth noting about the new Thrustmaster eSwapX Pro Controller is that it maintains the company’s design. It is a robust controller, somewhat larger than the standard Xbox controllers, and it shows when we pick it up. It is surely a plus point for users with larger hands, but in any case it does not feel uncomfortable if you have smaller hands. At the ergonomic level, it has a depth just at the top of where we take the control, making it adapt well to the grip, which has a non-slip part on the sides of the grips. The only “but” that we find in its general design is that to get to the management buttons in the center –options, start, share, Xbox button- the route is somewhat greater than in the normal controller or in the Elite, and there you can see the difference in size.

For what it represents the rest of the most common buttons, they can be accessed without problems. The structure of the controller is the same as that of the Xbox Series, with two sticks, a crosshead, four main buttons, LB and RB and the triggers, in addition to the function buttons that we have already mentioned. The sensations it transmits are of robustness, of quality components. It has a correct weight and all the buttons respond precisely to our press. The main four and the LB / RB have a great response and very good sensitivity. For its part, the analog sticks do not have dead spots and are very smooth. We liked your response by testing games in the first person.

Finally, it is time to talk about the crosshead. He easily marks all four directions and diagonals, and for 2D platformers and the like his answer is more than correct. In somewhat more complex actions, such as air-dash in a fighting game, if we notice that the touch may not be as precise as the Series X controller crosshead can be, but we are talking about nuances and in general, we I liked his response when making the main movements of fighting games like Dragon Ball FighterZ or Mortal Kombat 11, which is what we have tested it with.

China had digital espionage scheme for more than 10 years