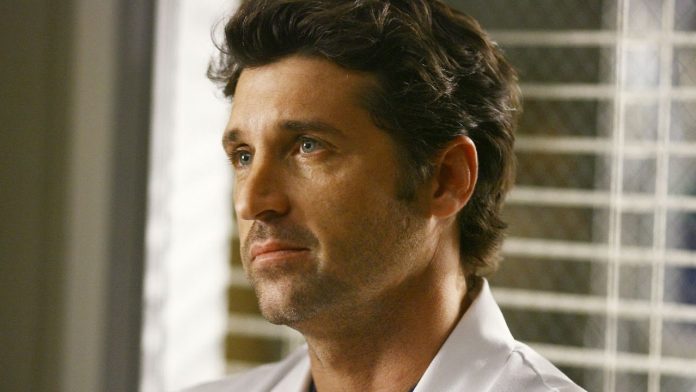 Created by Shonda Rhimes, Grey’s Anatomy premiered on ABC in 2005 and started as a mid-season replacement, but was so well received by critics and viewers that it has lived on for more than 10 seasons.

Meredith Gray (Ellen Pompeo) married Derek Shepherd (Patrick Dempsey), better known as McDreamy, and although they went through many ups and downs, they were the fan favorite couple until season 11 when Derek Shepherd dies.

Although Shonda Rhimes has shared that she knew he was her McDreamy at the time she saw him, there were other actors interested and considered to play the role on Grey’s Anatomy.

Although Patrick Dempsey wasn’t a newcomer when he joined Grey’s Anatomy, having appeared in movies like Scream 3 and Sweet Home Alabama, there was a bigger name than him in consideration: Rob Lowe.

Another actor who auditioned to play Derek Shepherd was Isaiah Washington, but was rejected. However, he was called back after Paul Adelstein, who had been cast as Dr. Preston Burke, retired, so he was assigned that role.

Isaiah Washington left Grey’s Anatomy in season 3 after an incident with his co-star T.R. Knight, and unlike other Grey’s Anatomy characters, he has not returned, although he has been mentioned a couple of times.

After his time on Grey’s Anatomy came to an end Patrick Dempsey appeared in the film Bridget Jone’s Baby and served as a producer on The Art of Racing in the Rain.

He will also return in the Enchanted sequel, Disenchanted. Grey’s Anatomy would have been a lot different without Patrick Dempsey, and it’s up to the viewers’ imaginations whether Rob Lowe would have done a better McDreamy or not.

Santiment Made The List: These 7 Altcoins Have Entered Historic Buy...

Apple Wants To Turn The IPhone Into A POS To Charge...