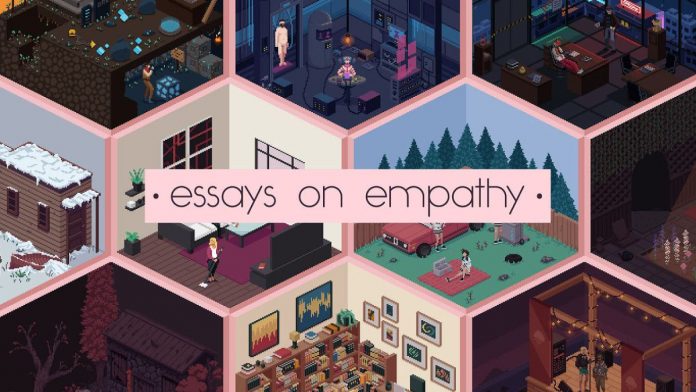 Essays on Empathy: Deconstructeam tells us about its new title and its evolution as a studio. The design after a narrative adventure goes far beyond a dialogue scheme. During its creation, there is the pitfall of relegating the player to a role that is too passive and limited to turning the page as if it were a virtual book. However, choosing your own adventure is not at odds with some interesting mechanics. “If the player can resolve any interaction in less than 5 seconds, it is not worth it”, says Jordi de Paco, creative director of Deconstructeam. The studio behind The Red Strings Club and Gods Will Be Watching present us Essays on Empathy, their next project , and talk to MeriStation about its evolution as a studio and its philosophy as a studio.

Essays on Empathy is a compendium of 10 different games that experiment with narrative. These episodes were created through game jams and are the testimony of a studio that has always looked for ways to emotionally impact the player. “The first of the Essays on Empathy games is from 2015, and the last one is exclusive to this release,” explains Deconstructeam artist Marina González. Jordi describes this release as “a Blue-Ray edition”: “It contains a gallery of images, sketches, pixel art. Each adventure lasts half an hour and the last 1 hour and a half”.

The adventures of this compendium are quite diverse, from a comedy duo in Menorca, to a hitman turned florist. Essays on Empathy invites the player to “inhabit characters”, as defined by Jordi de Paco, and hence the title that translates as “essays on empathy”: “There are stories that range from the most everyday, such as the housewife or the comic duo, with their Mediterranean holidays. Each piece is accompanied by a 10-15 min documentary video on the origin of the game and the topics covered “. The study also mentions that Essays on Empathy is also about homesickness, a very common theme in many of its episodes.

Deconstructeam is characterized by treating mental health and society issues with great maturity. Anxiety, depression and family crises are some of the protagonists of Essays on Empathy … “For example, we have the story of a housewife in the shadow of a man and how it affects marriage, especially her” describes Marina. “The duo in Menorca invites us to see what it is like to live creating, and they ask us questions such as: ‘Do you pursue fame or do you do this because you like it?’ The player also checks that the couple continues to pursue their dreams, even if they are not doing very well. The artist also mentions 11:45, a tale of body horror and self-acceptance. At the beginning of each chapter there are content prompts to warn the player of the sensitive topics being explored: homophobia, depression, etc.