Home Entertainment Esposito believes that “Star Wars” turned out to be a better TV... 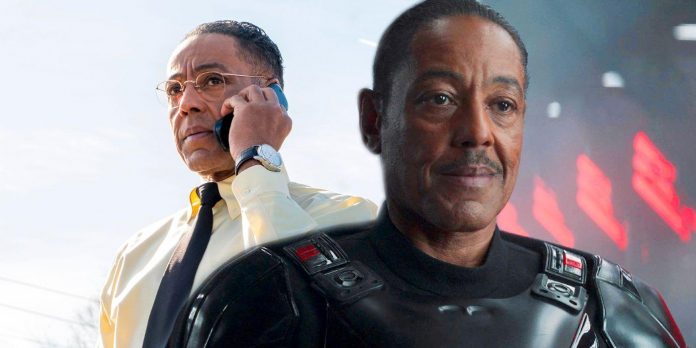 Giancarlo Esposito from “Mandalorian” says that his “Star Wars” villain Moff Gideon is more evil than his character from “Breaking Bad” and “Better Call Saul” Gus Fring. In the series “Mandalorian”, first aired in 2019 on Disney+, starring Pedro Pascal, he quickly became a hit for the streamer. The second season of the show ended in December 2020, and the release of the third season is expected in February next year. First introduced in the first season of The Mandalorian, moff Esposito Gideon is the central antagonist of the series, reappearing in the second season with a sinister plot.

The second season ended with Gideon threatening Grog’s life, and Mando orchestrating a daring rescue, and the villain seemed to finally be defeated. The last thing fans hear about him, he was sent to the New Republic for questioning. Of course, Gideon isn’t the only villain Esposito plays. The actor first appeared in the TV series “Breaking Bad” as Gus, a drug lord who uses his chain of restaurants serving fried chicken as a cover for a major criminal operation. This character will play an important role in “Better Call Saul”, and in both series he earned a reputation as one of the most sinister villains in the history of television.

However, in a new interview with Steele Wars (via CBR) during this year’s Star Wars celebration, Esposito states that moff Gideon is the most evil of the pair. Esposito explains that what makes Gideon so evil is that the character takes advantage of so many people in the galaxy during the fight. Gideon is actively working on a sinister program, while Gus is in a sense just trying to survive. Check out Esposito’s full comment below:

I’d say it’s Moff Gideon. Not from the point of view of my speech [to be more] evil, but from the point of view of knowing that when everything falls apart, using people to put everything together for your own good is evil. [Gideon] has his own plans. […] I think Gus is not a victim in his own way. Although in this sixth season of “Better Call Saul” you see his vulnerability and see that he is being threatened. So he’s just trying to survive. I think Moff Gideon is not only about survival: he lures and substitutes. Right?

Although Gus is undoubtedly an evil character in his own way, Esposito explains that Moff Gideon from The Mandalorian ultimately influences more people and that the character actively subdues and destroys them for his own purposes. Gus does it to some extent, too, but on a smaller scale, and at least in season 6 of Better Call Saul, he’s more driven by the desire to survive than anything else. Interestingly, Esposito’s comments also hint that fans may not have seen Gideon’s latest moff in “Mandalorian,” as the actor believes the character still has a plan to follow.

Both “Mandalorian” and “Better Call Saul” are extremely popular with viewers, and this is partly due to the design of the villains. Although Esposito says moff Gideon is more evil than Fring, both characters are well-written and help improve the journey of the respective hero of each show. Although viewers already know what ultimately awaits Gus, it remains to be seen how Moff Gideon will play in future seasons of “Mandalorian” and whether he will have a chance to realize his insidious plans.