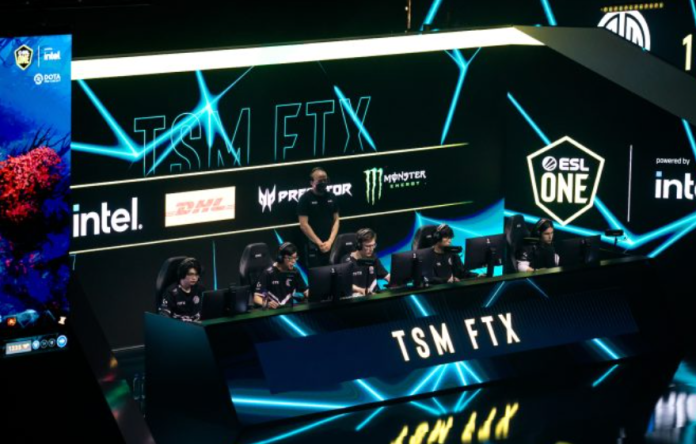 The esports organization Team SoloMid, better known as TSM (or TSM FTX), acts as a “legal consultant” after the bankruptcy of a major sponsor, the FTX cryptocurrency exchange platform.

According to the New York Times, FTX paid TSM 17.6 million pounds (US$ 21 million) per year for 10 years as part of a sponsorship deal that led to the organization adopting the “TSM FTX” branding. Speaking during the announcement of the deal, former FTX CEO Sam Bankman-Fried compared the deal to what is happening in more traditional sports, saying, “Take a huge industry and then rethink it in the digital age: that’s what esports is. to sports, and it’s the same as cryptocurrency for investment and financing.”

However, the fate of FTX has changed somewhat dramatically since then. Last week, the company declared bankruptcy after it received withdrawal requests in the amount of 5 billion pounds (6 billion US dollars) due to rumors about the poor financial condition of the company.

The collapse of FTX has led to further scrutiny of the company, and the U.S. Securities and Exchange Commission is reportedly looking into its activities. Bankman-Fried resigned as CEO, telling Reuters that he is now in the Bahamas (where FTX is based), although the report claims that he and his colleagues, former FTX executives, are looking for ways to escape to Dubai as they face oversight from local authorities in the Bahamas.

All of this is hardly good news for the company’s sponsorship deal with TSM, which insists that the organization remains “stable and profitable” despite the ongoing drama of their former sponsor (via PC Gamer).

“Together with the rest of the world, TSM is closely monitoring the situation around FTX,” TSM announced on Twitter. “We have no information on this issue, except what has been published publicly. We are currently consulting with legal counsel to determine the next best steps to protect our team, staff, fans and players.

“To be clear, TSM is built on a solid foundation. We are stable and profitable, and we continue to forecast profitability for this year, next year and beyond. We are looking forward to a great 2023.”

The collapse of FTX is unlikely to hurt TSM much — the organization is huge, and Forbes rates it as the most valuable esports company in the world with a value of 454 million pounds (540 million dollars). The organization’s website still lists the “TSM FTX” brand, although this may well be related to contractual obligations more than anything else.