Home Entertainment ESO: High Isle — How to Get Dov-Ra shoes 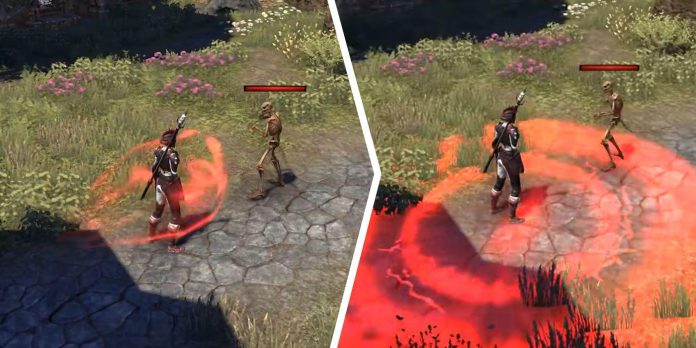 Dov-Ra Shoes are a one—piece set of Mythical Heavy Leg Armor in Elder Scrolls Online: High Isle, capable of generating a status effect of a protective shock wave, known as Dragon Scales. During the sprint, the owner will receive a stack of Dragon Scales every 0.5 seconds. This buff gives them extra armor, which can add up to 20 times. After stopping, an 8-meter shock wave drops and gives the player a shield that absorbs damage in Elder Scrolls Online equal to the damage inflicted. After that, the Dragon Scales can persist for 10 seconds, but cannot gain new charges during this time.

If a player wearing Dov-Ra shoes can collect 20 Dragon Scale charges, the shock wave damage can stun him for 3 seconds. The damage dealt depends on physical resistance or spell resistance. In addition to this unique mythical passive effect, shoes also increase the maximum health of their owner and endow him with the “Good Fit” effect — a status effect that reduces the cost of rolling and sprinting by 6%.

Mythical objects are divided into five fragments, each of which requires a clue of the “Master” difficulty level to detect. Similarly, to unlock Dover’s shoes in High Isle, adventurers must find the five main clues in Elder Scrolls Online. In addition, players must have at least level 7 in Observation and have the passive skill Antiquarian Insight IV to predict the main clues for the mythical. Naturally, this precondition means that ESO fans will need access to the Greymoor extension, since it opens the mandatory branch of Scrying skills.