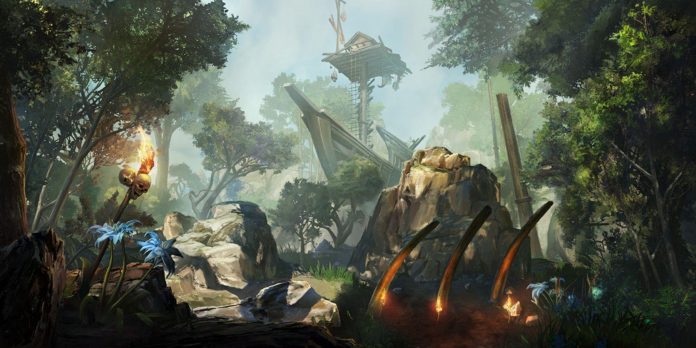 Recently, The sixth downloadable High Isle content was released for The Elder Scrolls Online, which takes players to the new Shipwreck Shoals game zone, where they can fight with Captain Itala. Captain Itala is one of six mini—bosses that can be found in six recesses or dungeons throughout the island. The Shallow Water shipwreck is one such excavation. Captain Itala, like Lord Leobert from ESO: High Isle, is a difficult boss and should be faced either alone or in a group.

Players in Elder Scrolls Online can search for sorties for various reasons: to hunt for weapons and armor, to complete quests or to collect heavenly fragments. For example, the High Island in ESO contains 18 celestial fragments scattered in different locations, and the celestial fragment is located on the shallows of a shipwreck, which can be found during the hunt for Captain Itala.

How to get to the shipwreck in Elder Scrolls Online: High Isle

The fastest way to get to the Shallow Waters of the Shipwreck in Elder Scrolls Online: High Isle is to go to the Dufort Shipyards road sanctuary and walk north along the coast. If players haven’t discovered this Road Sanctuary yet, head north from Gonfalon Bay along the main road, past Tor Dryoch and past the Dufort Shipyards. Once players reach the Dufort shipyards, they can stick to the coast and continue north until they discover the shipwreck shoals. This area of the map is located near the island of Amenos on the High Island, where players can interact with pirates.

How to find and defeat Captain Itala in Elder Scrolls Online: High Isle

When players arrive at Elder Scroll Online: High Isles’ Shipwreck Shoals, the entrance can be found by interacting with a boat on shore. There is a bonfire and an NPC nearby. Shipwreck Shoal is actually an island off the coast of Amenos and High Island, so players must go there to gain access to the excavation. Once on the shallows of shipwrecks, players must get to the center of the map. The mini-boss, Captain Itala, is armed with a crossbow and shoots at the players. She also carries one of the weapons from the Systres’ Scowl set, one of the weapon sets that can be found in ESO.

Captain Itala also spawns Reel Vipers to help fend off players. She runs to keep her distance as she uses a crossbow as her main weapon. When the players keep attacking her, she taunts, saying, “What a nice pack of chubby guppies to feed my pets,” referring to the vipers. The battlefield itself is flooded with water and looks like a hiding place for smugglers. When players defeat Captain Itala, the seal stone, the belt of Sistres, as well as other items and armor fall out of her. This concludes the introduction to shipwrecks in Elder Scrolls Online: High Isle. The next step for players will be to search for other forays and ground bosses; the easiest way to do this is to find all the sanctuaries of ESO: High Isle Wayshrines to make them easier to explore.

This is Us: What we suspected this series had in common...